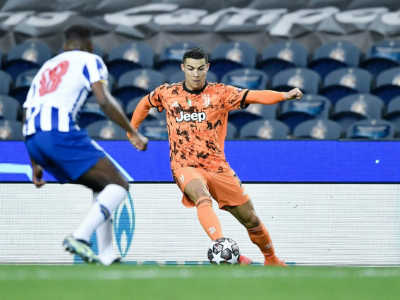 Even Cristiano Ronaldo could not help lacklustre Juventus from going down to spirited FC Porto in the UEFA Champions League round of 16 first leg on Wednesday night.

“When you concede a goal so early on it knocks your confidence. Fear sets in and players let their heads drop,” said Pirlo.

“But the approach was wrong from the first minute. We served them the match they wanted on a silver platter. We shouldn’t have played like that.”

The return leg is on March 9 in Turin and Pirlo said at least they managed to get that all important away goal through Federico Chiesa.

“Now we will focus on the return leg,” he said.

This result was not what Juventus were looking for in their quest to end their 25-year Champions League drought although they are still on course to win their third title if they beat Porto in Italy next month.

“We studied Juventus. We knew that we had to press hard to keep them from playing,” said Pepe.

Pepe knows Ronaldo well. They won three Champions League titles together at Real Madrid and they lifted the UEFA European Champions with Portugal in 2016. This was Ronaldo’s first return to Portugal.

In Spain, Borussia Dortmund defeated Sevilla 3-2 in the other match played on Wednesday night. Dortmund have a three-goal advantage when these two meet in the return leg in Germany on 9 March.