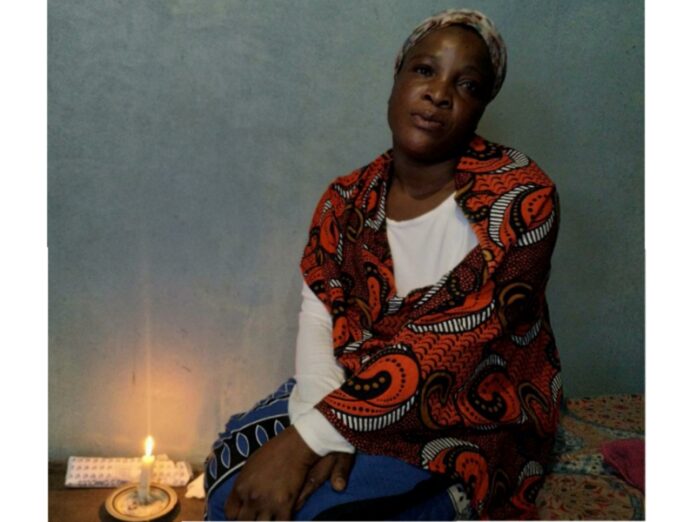 There is relief and closure for some of the families whose relatives burnt to death in the Tembisa Plaza during the July unrest and looting, after DNA testing positively identified five of the victims.

Shenky Padima, Pholane Ndlovu, Melusi Sibiya, Ntombifuthi Dladla and Thandeka Nkambule all perished when a gas cylinder exploded. The explosion ignited a fire which spread across several buildings. Some people became trapped in a Shoprite store and were burnt beyond recognition.

On Sunday the heartbroken but relieved families organised a joint memorial service for the victims, which was attended mainly by friends and family members.

The five families said they were happy to have found their relatives, but seven other families are still searching for their loved ones.

Scrolla.Africa spoke to some of the families – those who found their relatives and those who are still searching.

Nomthandazo Masungu, whose son Pholani was among the deceased, said it is a story that has ended in tears, but she is happy that she will finally be able to bury her son.

Nomthandazo said at first, she didn’t believe that her son had perished in the fire.

“I hoped that Pholani was still alive,” she said.

“I went to about 17 sangomas and spent more than R10,000 trying to locate my son. They all promised that my son was alive and they needed more money to bring him back home.”

Nomthandazo remembers that she nearly lost her own life when gunmen chased her after one of the sangomas pointed to a shack claiming that her son had been made a slave and was held in a particular shack.

Thembelihle Vilakazi told Scrolla.Africa that her son Siyabonga was burnt beyond recognition.

“I am thankful the results are positive and I can take my son to his final resting place,” said Thembelihle.

Cremildo Rodrigues says he believes that his wife Silvia is still buried in the wreck at the Plaza which has not yet been cleared.

“The police say the missing case docket has been closed after all the people who were at the mortuary were identified. What about us who have not found them and there are no more burnt people at the mortuary?” he said.

“My wife is still at the Tembisa Plaza’s Shoprite. I want the government to clean that place so that I can bury her and find closure.”