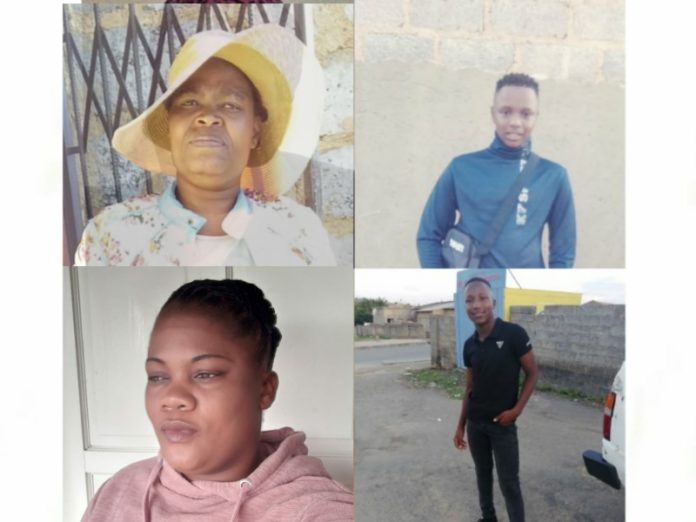 There is growing fear among the families of six people, who disappeared after leaving their homes in Tembisa to join the July looting, that they perished in a gas explosion at the Tembisa Plaza.

Shenky Siyabonga Padima, Pholane Sthembiso Ndlovu, Melusi Innocent Sibiya, Silvia Ines Rodrigues, and Kgabo Thabitha Moremi are some of the people who are said to have joined the looters on 13 July and may have perished when a gas cylinder exploded at Shoprite at the Tembisa Plaza.

More than two months later, there have been no more clues about where these people could be, and their families fear the worst.

Police have confirmed to Scrolla.Africa that six bodies were recovered from the mall after the explosion. However, they have not been identified because their bodies were burnt beyond recognition.

Phuti Caiphus Moremi, whose wife Kgabo Thabitha Moremi left home to go looting, says that he looks to their front door every day expecting her to walk through it.

His wife left home telling their four children she was going to join the looters at the Tembisa Plaza. She has never been seen since.

“This has been the most difficult time of my life. I used to do odd jobs but now I can’t as I have to look after the kids. If she is amongst the people who died during the gas explosion, I want to give her a dignified funeral,” Phuti told Scrolla.Africa.

Siyabonga’s mother, Thembelihle Vilakazi, says what she is left with now are memories of her son without seeing his grave.

“I know he could be dead. All I want is to bury him and perform all our traditional rituals,” said Thembelihle.

Cremildo Rodrigues says his family have been to a lot of mortuaries looking for his wife Silvia, who also left their home in July to go looting.

“We have been waiting for DNA results for the burnt bodies and the wait is killing us,” said Cremildo.

Mgijima also confirmed that the SAPS pathologists only managed to take DNA samples from three bodies as the other three were badly burnt.

She said all the six family members of the victims were contacted and had their samples taken.