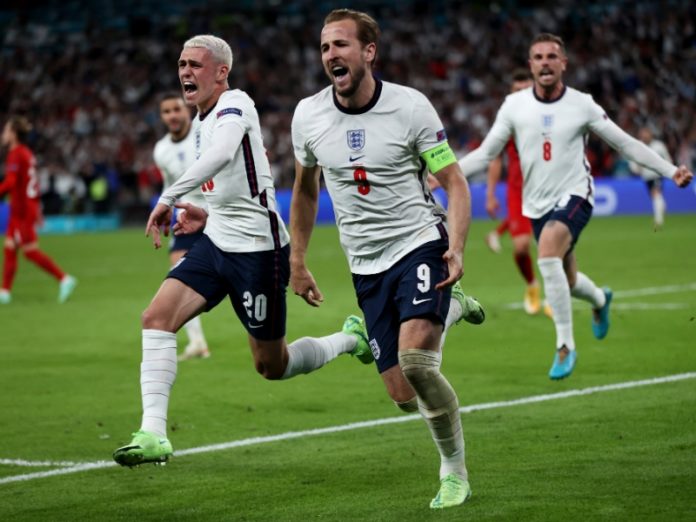 England have booked their spot in the Euro 2020 final after a hard-fought 2-1 victory over Denmark in extra-time after suffering an early scare.

A sensational free-kick by Denmark’s 21-year-old wonderkid Mikkel Damsgaard saw England concede their first goal of the tournament. However, despite the early setback England responded swiftly and the tournament’s 11th own goal saw the Three Lions get their equaliser.

England manager Gareth Southgate’s men dominated the encounter but had little to show for it due to a heroic performance by Denmark goalkeeper Kasper Schmeichel that kept his side in the game.

The match ended 1-1 after 90 minutes but a controversial first half of extra-time penalty saw Harry Kane miss and score the rebound to give England the lead and send the Wembley crowd into complete euphoria.

In what was perhaps England’s first real test in the tournament, Southgate’s men showed determination and pluck as they were backed by the majority of the 60,000 fans in the Wembley stadium to complete their comeback against Denmark.

England will come up against Italy in the Euro 2020 final on Sunday at 21:00 CAT at the Wembley Stadium.

The overwhelming support on Sunday will be for the ‘home’ side in England as they attempt to win their first ever Euro title as well as their first major international trophy since their 1966 World Cup triumph.