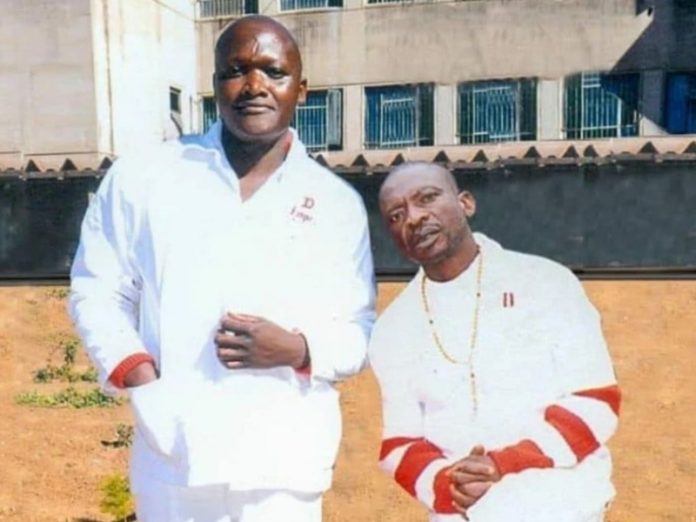 Getting imprisoned in a Zimbabwean jail is, according to some, a fate worse than death.

They were falsely accused of killing state policeman Petros Mutedza in Harare in 2011 and were jailed in the notorious Chikurubi Maximum Prison outside Harare.

The Supreme Court of Appeal set aside their conviction and sentence last week.

Madzokere came out only to find that his wife, devoid of hope, had left him and had taken their two children with her.

“I was overjoyed when my name was called by prison officials but that joy was short-lived,” he said.

“My wife had packed her goods and left with my son and daughter.”

He said the cells in prison were horribly congested.

“There is an average of 45 prisoners in a cell that is meant to house 18 inmates. The food is badly prepared and there is a big shortage of water and warm clothing in winter,” said Madzokere.

“The little food that is provided is not fit for human consumption. Most survive from food brought from outside by family and friends.”

“It was hope and faith that sustained me. I was overwhelmed with joy when my name was called,” he continued.

“My wife was my pillar of strength. With the help of family and friends she raised my six children.”

Madzokere, who was a Harare City councillor at the time of his arrest, said he was never even close to the area in which the policeman was killed. Maengehama, meanwhile, says he was attending a church service in another part of town.

Both men studied while behind bars. Maengahama is in his last semester for a degree in Theology, while Madzokere is completing a BSC Honours Degree in Development Studies.

He said he was a national executive member of the MDC party and an entrepreneur before he was arrested.

“I will try to revive the business and start a new project if I can find the money.”

Madzokere said he plans to venture into chemical manufacturing. He also plans to sue the state for the pain caused by the wrongful imprisonment.