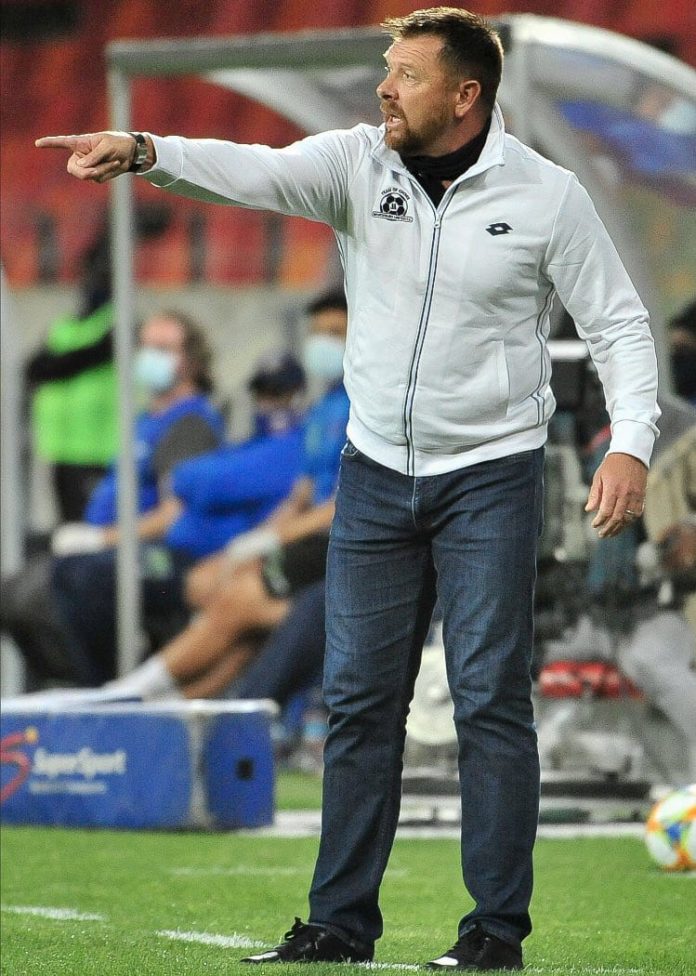 Maritzburg United coach Eric Tinkler could soon find himself looking for a job.

On Saturday the team suffered their fourth consecutive defeat in the DStv Premiership, losing 2-0 to Black Leopards.

Tinkler, who is under enormous pressure, could be the third coach to be sacked in the Premiership this season.

“But the longer things keep happening the way they are it could be a problem for Tinkler and the team. This is definitely disappointing and we have to look at the matter closely,” said Kadodia.

Tinkler’s troubles started last month when Maritzburg lost 2-1 to Kaizer Chiefs in the MTN8 quarter finals. Things went from bad to worse for him when they lost their first league match away to Baroka FC.

They also lost to Cape Town City at home and Chippa United away before losing 1-0 to Leopards on Saturday. United are at the bottom of the DStv Premiership log table with zero points. They have managed to score two goals but have conceded seven in four matches.

Kadodia also said he is tired of seeing his team in this situation at every start of the new season.

“We need to take a careful look at our side as management and see what it is that we are doing wrong,” he said.

It looks as if the former Orlando Pirates and Cape Town City mentor has one last chance to save his job. This Friday, Maritzburg will host wounded SuperSport United at Harry Gwala Stadium at 8pm.

Should things go South for Maritzburg against Tinkler’s former club on Friday, Tinkler could see himself following coaches Dylan Kerr who was fired by Baroka FC while Patrick Aussems was shown the exit door by Leopards. Kerr joined Leopards the day after he was fired.