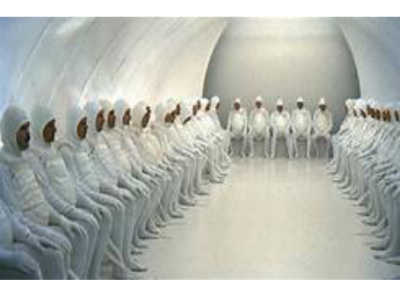 After Covid and global warming, we’ve another crisis coming – and we are going to feel this one between our legs.

The New York Times reports that scientists are concerned by falling sperm counts and declining egg quality. They suspect that the problem is caused by chemicals.

Ten years ago, a leading scholar Shanna Swan reported that the average sperm count in Western countries had fallen by 59% between 1973 and 2011.

For a while there was alarm and a British newspaper headlined a report: “SPERMAGEDDON”.

But then everybody moved on and forgot about it.

Now Swan has written a new book called “Count Down”, which released on Tuesday and warns that the modern world is threatening sperm counts and imperiling the future of the human race.

The blame is being laid at the door of chemicals in plastic, shampoos, canned foods and ATM receipts.

A number of scientific and government bodies have started to warn about these chemicals – known as endocrine disruptors – and more research is being conducted. But the chemical industry does not want you to know this.

New York Times columnist Nicholas Kristoff describes what is happening as a low blow or a “kick to the crotch.”

And for those who didn’t care what we were doing to the planet when polar bears were disappearing and ice floes were shrinking – maybe they’ll feel differently when the same happens to their balls.