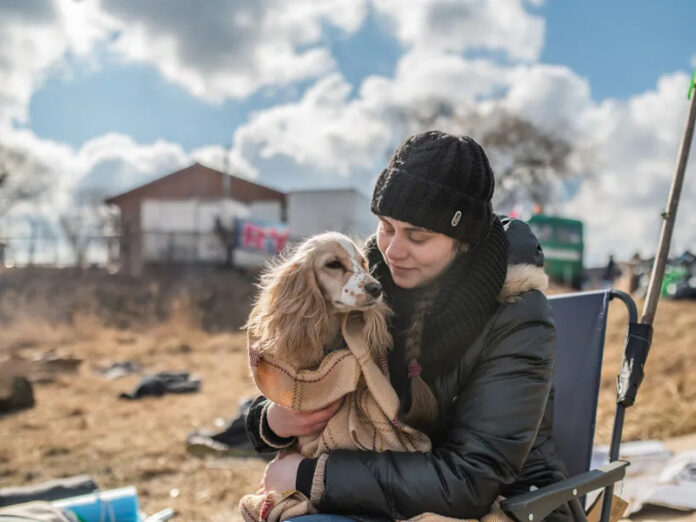 While millions of people flee Ukraine as Russia continues to devastate several cities, the nation’s animals suffer as their owners leave them behind.

Ukraine was home to 750,000 dogs and 5.5 million cats, according to a 2014 estimate in 2014. But as people fled the conflict, families were forced to make difficult decisions and most animals were left behind.

“We cannot judge because we don’t know how people feel when there is a real risk that you can be killed,” Olga Chevganiuk from UAnimals, a Ukrainian animal welfare organisation, told Vox.

UAnimals have stayed in the Ukraine in an attempt to rescue stray animals that have been left behind by their owners.

However, staying behind came at a cost as an animal shelter in the city of Kharkiv was bombed, killing three volunteers who were delivering dog food.

Chevganiuk said the welfare group was determined to rescue the stray animals and get them to safety in neighbouring countries.

“It’s not possible to reach all the areas, or it’s pretty difficult because of the danger, so you have to find real brave people who will agree to go near these areas in danger,” she added.

Zoos in Ukraine have suffered due to the invasion. The Feldman Ecopark Zoo in Kharkiv was damaged, and reports suggest the animals have begun to die from starvation and cold.

Farm animals have also become victims of the war. The largest egg producer in the Ukraine, Avangard, said several of their farms had been destroyed by Russia.

One of the production farms had to shut down due to a loss of power. The majority of their flock had to be slaughtered as they did not have enough food.

MHP, which is Ukraine’s largest chicken meat producer, lost R116-million when its frozen food warehouse in Kyiv was destroyed.

International humanitarian law suggests that intentional attacks on civilian infrastructure in conflict zones, such as farms, could be considered as war crimes.