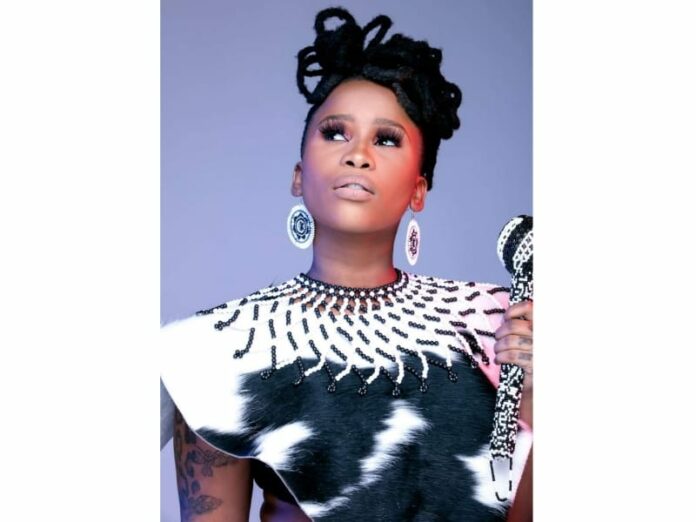 Lwah Ndlunkulu is becoming the queen of the Afro-pop sound – after giving Mzansi an inspiring hit song titled “Home” in February, and taking the frontline in hits like “Voicemail” from Inkabi Records.

Born and bred in the northern parts of KwaZulu-Natal, Lwah Ndlunkulu is currently sitting at number one on YouTube’s trending music with her equally talented stable teammates Big Zulu, Mduduzi Ncube, Siya Ntuli and Xowla. This follows the release of the creative visuals for their collaborative single titled “Voicemail” on 15 July.

With a poetic voice and a passion for writing inspiring music, Ndlunkulu has hinted she is going to release the highly anticipated single titled “Ithuba” featuring Siya Ntuli.

Sharing a clip of the “Ithuba” (Chance) music video which was shot and directed by Ofentse Mwase, who also directed the Netflix 2022 action movie “Collision”, the rising star said she is thanking fans and the recording label for giving her a chance.

While “Voicemail” continues to stay at the top for the third consecutive week, Inkabi Records has not yet announced the release date of “Ithuba”, which will potentially be another hit from the hit factory.