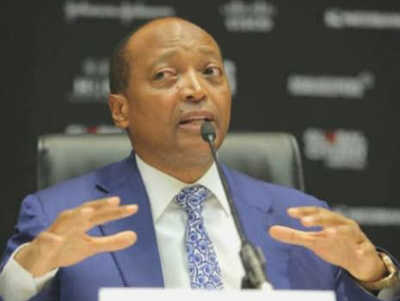 What makes a quality human being? A bit of compassion, generosity, being humble and an unquestioned work ethic? If this is the standard then it’s easy to see why Patrice Motsepe is so well loved.

He is a billionaire with the charm of the boy next door. He grew up in the township, in Ga-Rankuwa, the son of a school teacher who owned a spaza shop to become the first black billionaire in South Africa. He learned his earliest skills in business from the shop and also got first-hand exposure to mining as the shop was quite popular with mine workers.

In the 1980s, Motsepe received a Bachelor of Arts degree at the University of Swaziland and was later granted special permission to enrol at Wits, a whites-only institution at the time, where he earned a degree in mining and business law.

This paved the way for him to be the multi-faceted business mogul he is today, gunning for the most prestigious title as President of CAF. His business smarts are undeniable but what makes his name known from the shebeen to the boardroom?

His success story is relatable and to an extent, a shiny example of living the South African dream. He became the President of Mamelodi Sundowns in 2004 and has since led the team to seven Premier Soccer League titles as well as winning the CAF Champions League and the CAF Super Cup. Downs were the African team of the year in 2016. This was the first way Motsepe connected with the majority of South Africans, through a language they understand very well – soccer.

In 2018, the Motsepe foundation brought Mzansi the biggest concert of the year where international superstar husband and wife Jay-Z and Beyonce performed together for the first time on African soil for the Global Citizen Festival where people had to earn tickets through good deeds.

It was at that time that he won even the hearts of the country’s slay queens. He was praised and called “the father of the nation” with some calling for him to become the next President of the country.

He is married to Dr Precious Moloi, a physician and fashion entrepreneur and has President Cyril Ramaphosa and Jeff Radebe as his brothers in law.

With the Covid-19 outbreak, the Foundation pledged to donate R1bn to assist in the pandemic response. But it was back in 2013 that he pledged half of his earnings to charity and through these grand gestures of generosity Patrice Motsepe has secured his place in the hearts of South Africans and Africa as a whole. He has won multiple awards and worked his way to many titles but only time will tell if all the love and admiration can help speed him to the CAF title.