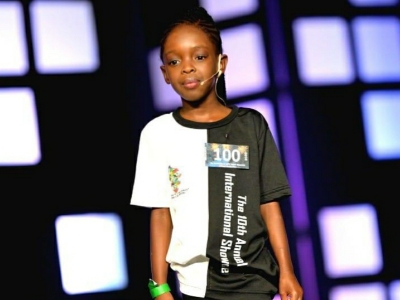 She may only be seven years old, but Lethabo Makola from Kempton Park is ready to show off her talents on the international stage.

The dancer and model was selected to represent South Africa at the International Modelling and Talent Association Convention in Florida, USA from 18 to 22 July, during the National Eisteddfod Young Performer Awards Competition.

The grade two learner from Shangri-La Academy excelled in the poetry category and will also be participating in runway modelling at the convention. There, she will perform in front of more than 300 agencies and talent managers.

But it won’t be the first time Lethabo has stepped onto the international stage.

In March, she competed in an international talent show with people of various ages, where her performance won the hearts of some international giants who were in attendance, including Rhavynn Drummer from Tyler Perry Studios, Blaze Johnson  from Voice America and Nate Butler from America’s Got Talent.

Lethabo says she has always wanted to visit America ever since she first saw it in the movies.

“When I received the news that I was one of the selected people going to the convention, I was over the moon,” she said.

She started dancing and modelling last year and has never looked back since.

Lethabo said her dream was to become a world-recognised model or ballerina.

“I also enjoy acting because I can express myself on stage,” she said.

She is scheduled to jet off to America on 16 July.