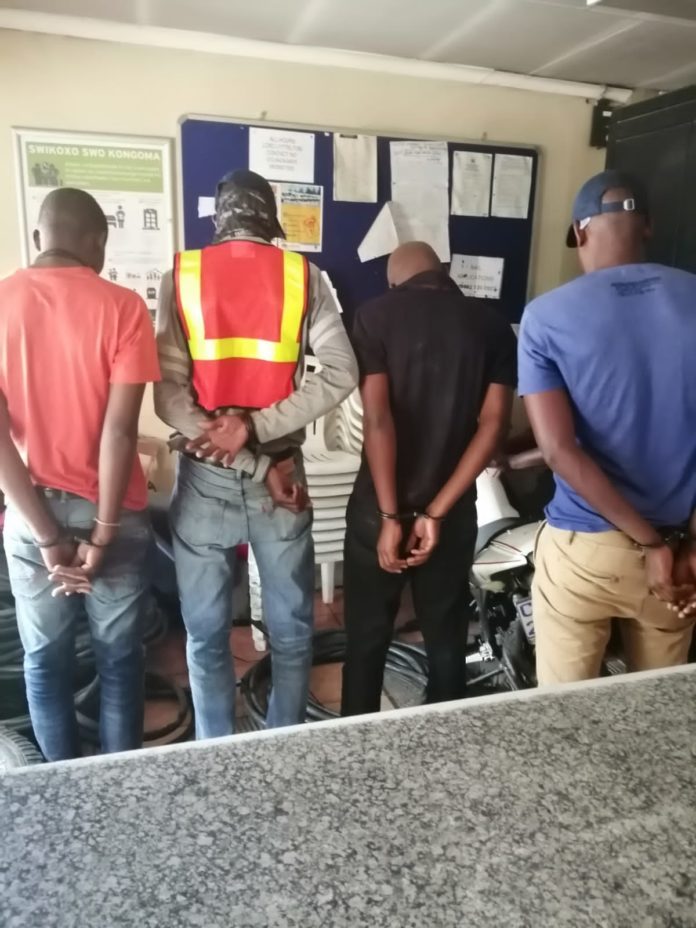 For months now, four men working for ZMTA (Zwanani Marabastad Taxi Association) taxi association in  Olievenhoutbosch outside Pretoria, terrorised motorists daily, extorting money from them and getting away with the crime.

They took it too far on Friday. They pretended to be traffic officers and stopped a motorist on the R55 Road, demanded R6,000 from him and even forced him to go withdraw the cash at an ATM.

At gunpoint, the motorist could only withdraw R2,000 from his account.

All this happened in full view of members of the Gauteng Traffic Police Public Transport Intervention Unit who pounced and arrested the four.

“That helped us set up a sting operation and we caught them red handed.

“In the past we’d get sporadic reports of this but the caller would not have enough information or we’d arrived at the said illegal roadblock too late.”

He said police recovered an illegal firearm and more money solicited from other motorists that day.

Maremane said the arrest of the four was just a tip of the iceberg as this was a very common practice – where taxi operators stop motorists for picking up hitchhikers and beat them or demand money from them.

“We are getting reports that this happens nationwide where taxi patrollers belonging to different taxi associations set up illegal roadblocks.

“They have no right to do that.

“We are asking motorists to report any suspicious criminals on Gauteng roads.”

The four suspects are due to appear at the Pretoria Magistrate’s Court today, charged with impersonating traffic officers, kidnapping, extortion and being in possession of an illegal firearm.