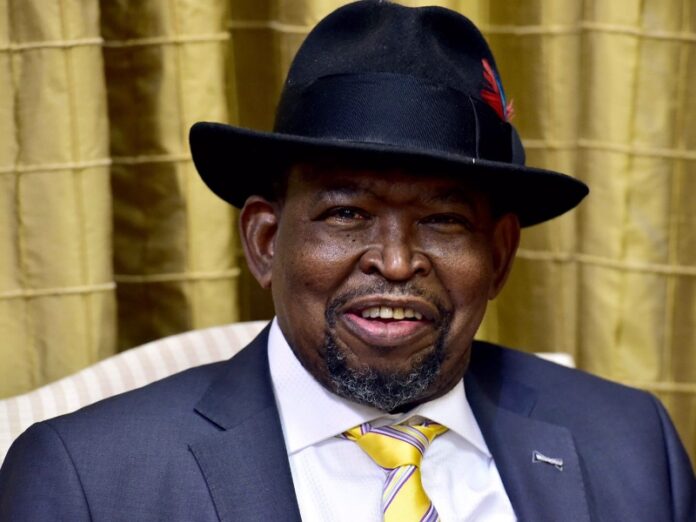 Calls are growing for Finance Minister Enoch Godongwana to resign over allegations of sexual assault made against him by a hotel employee in the Kruger National Park.

Mpumalanga police confirmed on Monday that a criminal case had been opened against Godongwana at Skukuza, but he has not yet been charged.

The complaint was made by a massage therapist at a hotel who alleges that Godongwana violated her during a session. The minister was visiting the park with his wife Thandiwe.

Godongwana has denied the claims, saying he was with his wife at the time the incident was alleged to have taken place.

Police are expected to call upon the Kruger National Park female staff for interviews as part of their investigation.

In light of the allegations, the EFF and the ANCWL have mounted pressure on President Cyril Ramaphosa and the ANC’s integrity committee to take action against the minister.

In a statement released on Tuesday, the EFF described the government as “misogynistic filth” and called for Godongwana to step down.

“If the ANC government respected women, a minister accused of sexual violence would have resigned with immediate effect, on his own accord. But South Africa is governed by patriarchal and misogynistic filth that it embeds in every aspect of our society.”

The party also threatened to disrupt Godongwana at any public meetings.

Meanwhile, the ANCWL called on law enforcement agencies to deal swiftly with the allegations and for the ANC to “deal with the matter” through its internal processes.

ANC integrity committee chair George Mashamba said that he expects the issue to be discussed at a meeting on Wednesday.

Godongwana is not yet subject to the ANC’s step aside rule as he has not been charged by police. If their investigation results in criminal charges, however, he will be obliged to step down from his post.

Godongwane’s spokesperson Mfundo Toyane said the minister has been informed that a criminal case has been opened against him.

“Mr Godongwana has received no formal complaint nor communication from the police,” said Toyana.

For this reason, Toyana says he will refrain from any further comment or discussion because of the serious and sensitive nature of the allegations.

Godongwana is not the first finance minister to be embroiled in a sexual scandal.

Former finance minister Tito Mboweni was exposed for sharing nudes with a young woman while in his Porsche Panamera in November 2019.

Another former finance minister, Malusi Gigaba, made headlines in November 2018 when a sex   video of him was widely shared on social media. He claimed at the time that the video had been leaked and was meant for his wife.