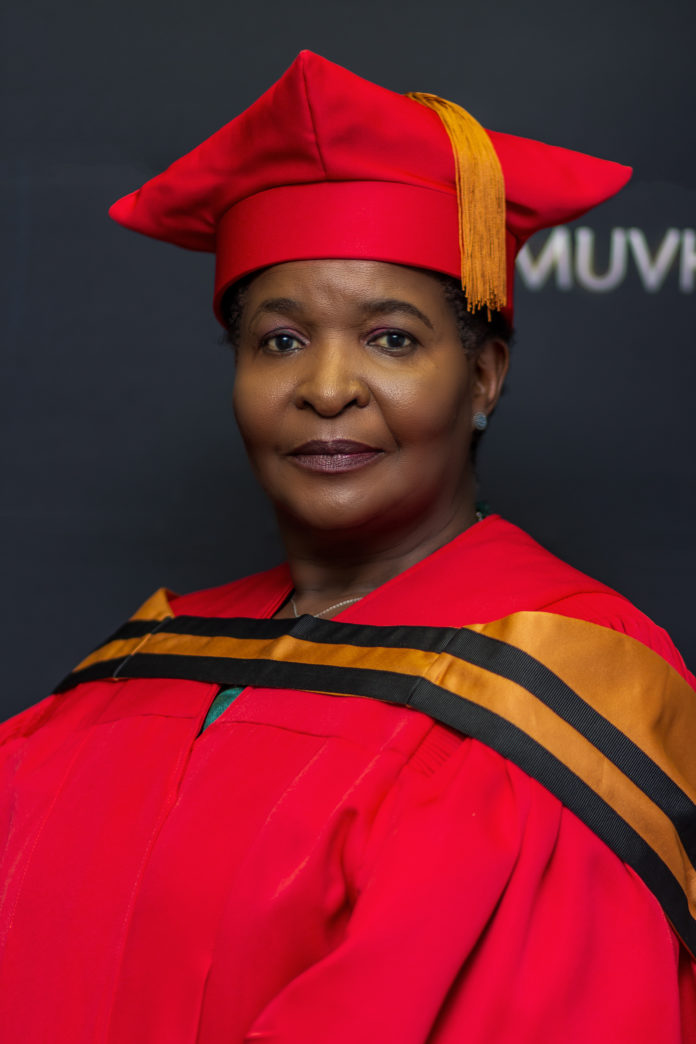 Regina Nesengani known as Vho Masindi, the mother of Chief Azwindini in Muvhango, has just been awarded a PhD degree from the University of South Africa at the age of 65.

Regina, who was already a qualified teacher when she started acting 30 years ago, wrote her thesis in TshiVenda, her home language.

In her thesis, the grandmother of 12 focused on women abuse through dialogue on drama while carrying on her duties as the mother of the soapie which gave her her first television break in 2008.

“I discovered that women were already abused in the Bible. I was shocked to learn that women even abused each other,” said Regina.

She also found that male authors in particular portrayed women in a negative light in a statement by the Muvhango producers.

She said she was happy to write the thesis in her home language.

“Like English, TshiVenda is also an official language in South Africa,” she said.

Regina who had already obtained her Master’s degree a long time ago said she was inspired to do the PhD from a story on the radio of an old lady who obtained hers. Regina also does voice acting in radio drama.