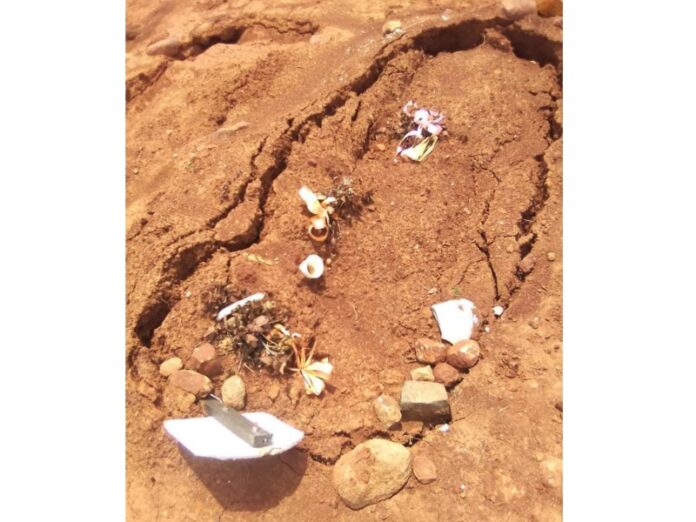 The recent floods that hit Tshwane displaced many people and claimed five lives – but it seems not even the dead were spared.

The floods wreaked havoc in graveyards across Mamelodi where graves have collapsed into the ground. Some graves are showing big cracks and headstones have toppled over.

Maria Ringane said she was shocked when she went to check the grave of her late father at Heatherly Cemetery in Mamelodi.

She said the grave had sunk and the board they had placed as a headstone was swept away.

“It looks like my father’s grave was in the path of the water,” she said.

Maria encouraged other people to go and check on the graves of their loved ones.

“My father’s grave was not the only one affected. So many graves had cracks and the soil had sunk. People should come and fill up the graves with earth,” she said.

Mathews Nkosi said he took to Facebook after seeing the state of the graves.

“Hopefully people will see my post and come and fix the graves of their loved ones,” he said.

Mathews said he was lucky that his relatives’ graves were not affected.

Motheo Moselakgomo said the floods hit a week after they buried their grandmother.

“I got worried when I saw that the graves were affected and I called my uncle and we went to investigate and indeed the grave had sunk,” she said.

She said all the flowers and ornaments they had placed on the grave were gone.

“My grandmother’s favourite cup and saucer was swept away, it was devastating but at least we were able to know and fix her grave,” she said.

City of Tshwane spokesperson Lindela Mashigo said the City was trying it’s best to assist those affected by floods.

“I urge families to check the graves of their deceased relatives, the city takes care of the graveyard as a whole by cutting grass, maintaining the roads and fencing,” he said.