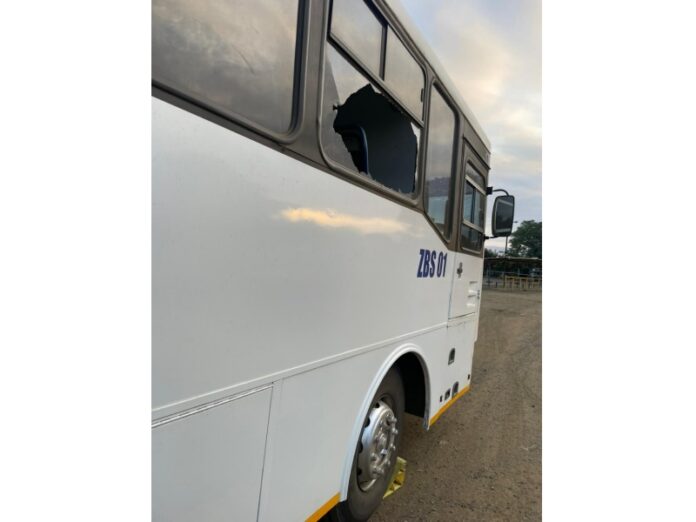 The dismissal of striking Okhukho coal miners has brought violent conflict to the town of Nongoma in KwaZulu-Natal.

A mine bus transporting workers was shot at on Tuesday, leaving workers fearing for their lives.

It is alleged that the incident was perpetrated by striking workers who were fired from the Zululand Anthracite Colliery (ZAC) mine for being involved in an illegal strike in April.

The bus was hit several times and windows were broken by bullets.

Scrolla.Africa spoke to miners who said the situation is going to get worse because no one wants to stay at home and suffer poverty.

KZN police spokesperson Constable Thenjiwe Ngcobo said no one was injured during the shooting.

“A case of malicious injury to property was opened at Nongoma SAPS on Tuesday and the police are investigating the matter,” said Ngcobo.

On Monday about 17 posts at the mine were advertised. The closing date for applications is Friday, 24 June.

ZAC general manager Wayne Rowe said in a statement that certain jobs have been phased out. These include belt operator, feeder breaker and LVD operator.

He said all dismissed employees will be given an opportunity to re-apply but those with criminal records and fitness problems won’t be considered.

“We need now to point out that the employees are dismissed and ZAC has no obligation to negotiate with them but did in a bona fide good faith attempt to accommodate the dismissed employees by engaging with their representatives,” said Rowe in the statement.

Community members say they fear many people are going to be killed. This sort of situation had happened before.

“This is a crisis that will see us going back to the deadly years when workers were killed by those who wanted to be employed at the mine. Even an HR officer was killed because he was accused of giving jobs to the people of another area,” said one community leader who didn’t want to be named.

Last month a belt operator was shot because she was working while others were on strike. She survived the attack.