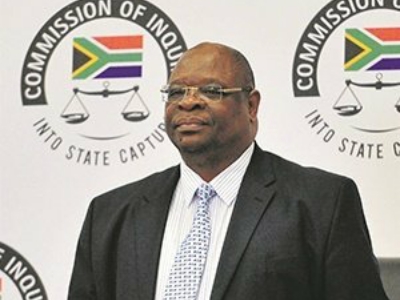 “The commission will ask the Constitutional Court to impose a term of imprisonment if it finds Mr Zuma guilty of contempt of court,” said Deputy Chief Justice Raymond Zondo. He said nobody is above the law and he could not allow a precedent to be set.

The court can either impose a fine or a term of imprisonment.

Zondo pointed out that Jacob Zuma has twice taken an oath, when he was sworn in as president, to honour and protect the Constitution and he should lead by example.

On Monday, Zuma defied a Constitutional Court order to appear before the state capture inquiry.

“The commission will make an application to the Constitutional Court and seek an order that Mr Zuma is guilty of contempt of court,” Zondo said after the former president failed to arrive as instructed by the court.

Following Zuma’s unlawful exit from the commission last year – he left without permission from Zondo, as is legally required –  and his failure to honour a subpoena to appear in January, two criminal charges have already been laid against him.

Zuma has been implicated by over 40 witnesses, the commission’s evidence leader Paul Pretorius said on Monday, and his evidence is therefore relevant.

The former president was ordered by the Constitutional Court to honour the subpoena to appear this week at the commission.

Two weeks ago Zuma said he would defy these orders.

Zuma’s lawyer Eric Mabuza informed the commission on Monday morning that the former president would not be appearing.

Meanwhile, people claiming to be Umkhonto we Sizwe veterans (although many were clearly too young) have been parading and dancing outside Zuma’s Nkandla homestead in KZN.