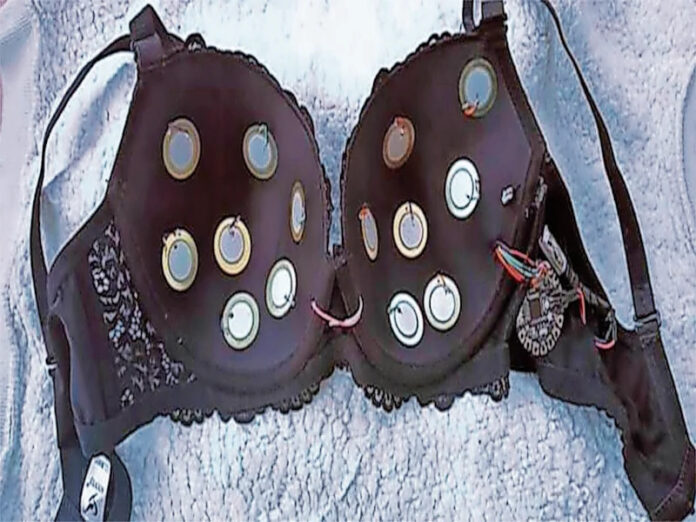 A Nigerian inventor has created a smart bra that detects breast cancer early – an invention that could potentially save thousands of women.

Kemisola Bolanrinwa, a robotics engineer, said she designed the bra to prevent any late diagnosis.

According to the World Health Organisation (WHO), late diagnosis of breast cancer is a major factor that leads to only 50% of women diagnosed with breast cancer living for five years after diagnosis.

With 129,000 cases of breast cancer diagnosed in 2020, breast cancer is the most common form of cancer among women in Sub-Saharan Africa.

Bolanrinwa said her aunt died of breast cancer in 2017 at the University College Hospital in Ibadan, Nigeria.

“She was diagnosed late,” said Bolanrinwa.

“In her ward at the hospital I saw women of different age groups, even teenagers, groaning with the pain of breast cancer. I felt I needed to contribute to fighting the disease.”

The device is not supposed to be worn every day. It serves as a detection method that women can use in the comfort of their own home to potentially detect breast cancer.

After beginning the project in 2018 and developing the first prototype in 2020, Bolanrinwa hopes the bra can enter the market this July.

“We have conducted a local trial and got about 70% accuracy. We are working towards 95% to 97% accuracy,” she said.

The device uses ultrasound technology and comes with a smartphone application that displays where on the breast the cancer is.

Making the bra as affordable as possible is a priority and the project is funded with revenue from a global positioning necklace that alerts friends or family of an individual’s movements as a security measure.