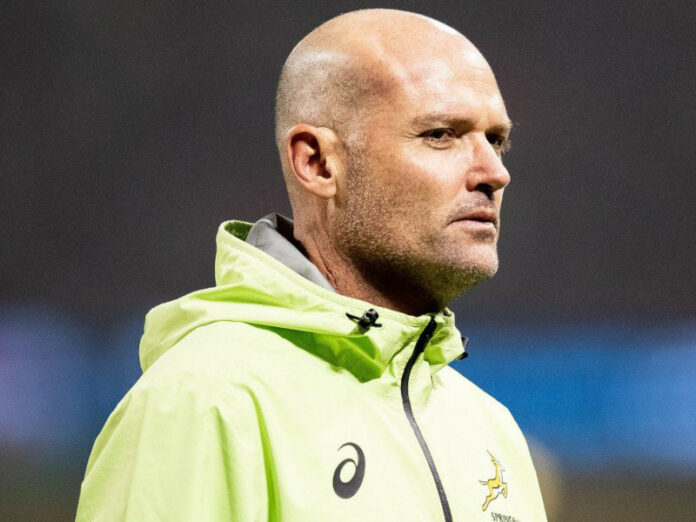 Before the announcement of the Springbok team on Tuesday, commentators were predicting as many as five changes, including the replacement of Elton Jantjies or even Faf de Klerk.

But nobody could have predicted that Jacques Nienaber would retain only four players from the 23-man squad that squeaked out a dismal win against Wales at Loftus last Saturday.

It would be wrong to even imply that Nienaber was pushing any panic buttons, and the team he has selected for the match against Wales in Bloemfontein, although still experimental, looks like a good mix.

Handré Pollard has been named as captain in place of Siya Kolisi who hasn’t played anywhere near the standard he set in Japan in 2019 and his petulant captaincy was pretty embarrassing last week.

Kurt-Lee Arendse and Evan Roos get their first international caps and in the run-on side, while uncapped quartet Ntuthuko Mchunu, Deon Fourie, Ruan Nortje and Grant Williams have been named on the bench.

The 35-year-old Fourie will become the oldest player to make his Bok debut and Pieter-Steph du Toit returns from injury. Along with Roos and Marcell Coetzee they make up a formidable back row.

“If one looks at the balance between players who have played at this level and those who have performed consistently well for their franchises and clubs, I think we have a nice balance in this squad,” said Nienaber announcing the team.

Certainly the team is looking better than last week, but if Nienaber had picked a side from Paarl Boys High that would have been an improvement.

Have Jantjies and Willie le Roux finally departed the Springbok scene? That remains to be seen.