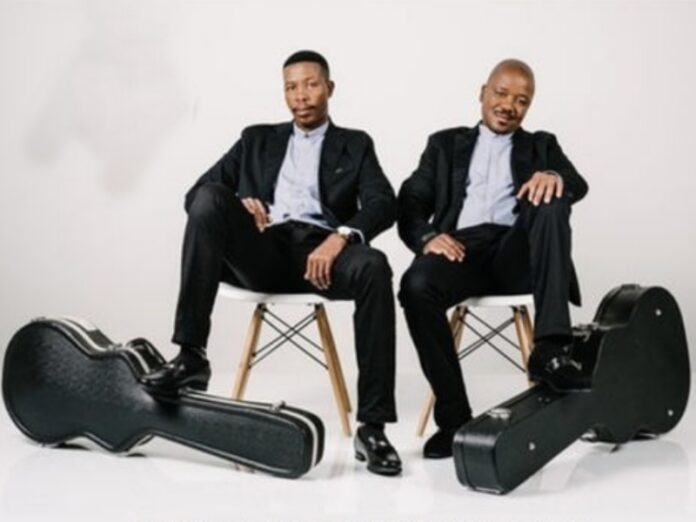 Award-winning maskandi duo Shwi noMtekhala are on the verge of splitting.

Zwelenduna Magubane, known as Mtekhala, instructed the group’s backing vocalists not to attend the events because he believed they were being short-changed with performance fees.

“One of the main reasons Mtekhala is not happy is that their manager Bongani Manyathi made a deal with Sigingci Media to sell their music online during lockdown,” said a source close to the duo.

“He felt undermined because he was not consulted but Shwi gave the manager the go ahead. He believes there is money generated through that online deal but he’s not aware how much they have made.”

Mtekhala confirmed to Scrolla.Africa that there are differences between the backing singers.

“Why did the manager make a deal with the other company when we have Mtekhala and Shwi Music Entertainment, our own companies. I can’t fold my arms when I feel I’m being taken for a ride,” he said.

Manyathi said he has tried several times to get the musicians to reason and iron out their differences without success.

“I have decided to part ways with them and look for other artists to work with,” he added.

Shwi noMtekhala made history on the maskandi scene when their album Wangisiza Baba sold over 75,000 copies in 2004. Their album Angimaz’ubaba sold 200,000 copies.

They have bagged two awards at the South African Traditional Music Awards (Satma) for the Best Song of the Year and Best Selling Album categories.