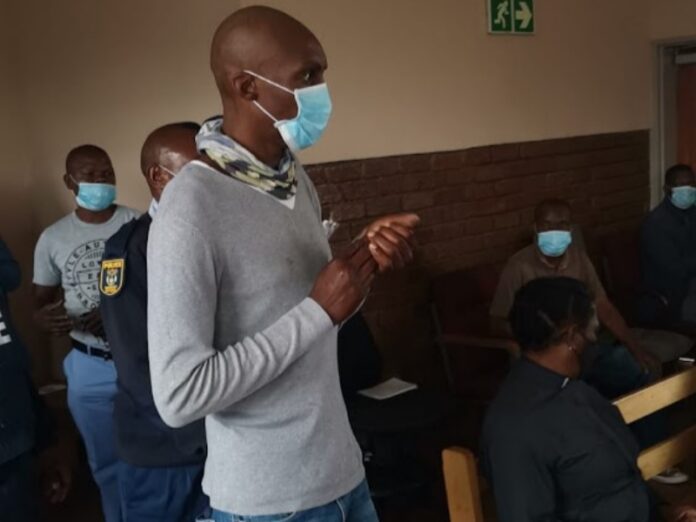 Kedibone Segwale was raped and almost murdered by alleged serial rapist and killer Themba Dube, but she managed to escape and tell the story of her life-changing ordeal.

Kedibone was raped by Themba at knife point on 12 October last year in the bushes on the outskirts of Polokwane.

She described Themba, a Zimbabwean national, as a man who appeared to be somebody else until he showed what he really was – a deadly monster.

Kedibone said Themba was a convincing smooth talker when he promised her a job but he would later turn into a wild animal.

“When he approached me and told me a family was looking for a domestic helper I didn’t think twice because I had been unemployed,” she said.

“He told me to wear a longer dress because the employers wouldn’t be impressed with my short skirt.”

He led the way through the bushes telling her it was the shortest route but then they ended up in a scary place. When she told him that she was tired and couldn’t carry on he got angry and drew a knife.

Then he ordered her to undress.

“He pushed me to the ground and raped me while holding the knife in his hand. After ejaculating he ordered me to remain on the ground because he wasn’t finished. I told him my back was sore because of the rough surface and he threatened to stab me.”

Kedibone got up and picked up a rock and a stick, but the rapist told her he had killed someone a few days ago at the same spot and he would do the same to her. But Kedibone wasn’t about to give up fighting for her life.

“I charged at him. I whipped him with the stick and threw the rock at him. That’s when he disappeared into the bushes and I fled the scene.”

Kedibone said during the scuffle Temba ran away with her phone and ID.

The alleged serial killer is currently behind bars and awaiting his trial date.

She said the ordeal traumatised her and she still has flashbacks.

Although the incident happened some months ago, she said his smell still lingered over her body.