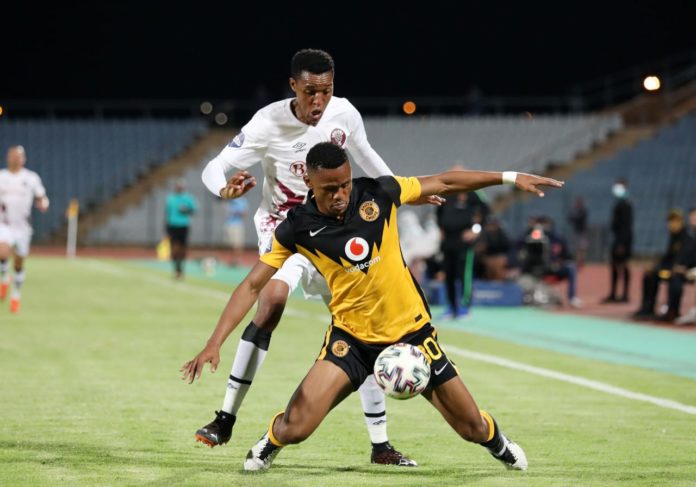 KAIZER Chiefs will need a miracle this season to even finish in the top eight in the DSTV Premiership.

On Tuesday night Swallows rubbed salt into Amakhosi’s open wounds when they beat them 1-0 in the Soweto derby at Dobsonville Stadium in a match where a moment of silence was observed for the deceased Anele Ngcongca.

Joseph Mhlongo’s goal in the 86th minute worsened Chiefs miserable start to the 2020/21 season. This match was scheduled for this coming Saturday but it was moved forward due to Chief’s Caf Champions League commitments this coming weekend.

On Thursday Chiefs will travel to Cameroon to face PWD Bamenda in the first leg of the preliminary round. Bamenda are champions of Cameroon while Amakhosi were runners up in the Absa Premiership last season.

Chiefs will need all the luck they can get in Cameroon to come back with a positive result for the second leg next week. The defeat at Swallows is not what Gavin Hunt and his lads were hoping for.

The result has put the coach and his players in enormous pressure. This was Chiefs’ second defeat this season. The first was at the hands of current league champions Mamelodi Sundowns in the opening match.

Chiefs will remain in ninth position after five matches with five points. But they could find themselves in an even lower position after this coming weekend’s results.

Swallows on the other hand will feel that they have managed to avenge themselves. They were defeated by Chiefs 3-1 when these two last met in the league five years ago. Their win tonight has taken them to the top of the current summit.

Second place Sundowns could go back on top if they win at home against Stellenbosch on Saturday.

Swallows coach Brandon Trutter applauded his team after the match.

“Look, in the first half we were poor and we couldn’t penetrate their defence. But in the second half we were a better side and we were all over them. Credit goes to all the players for their bravery,” said Trutter.