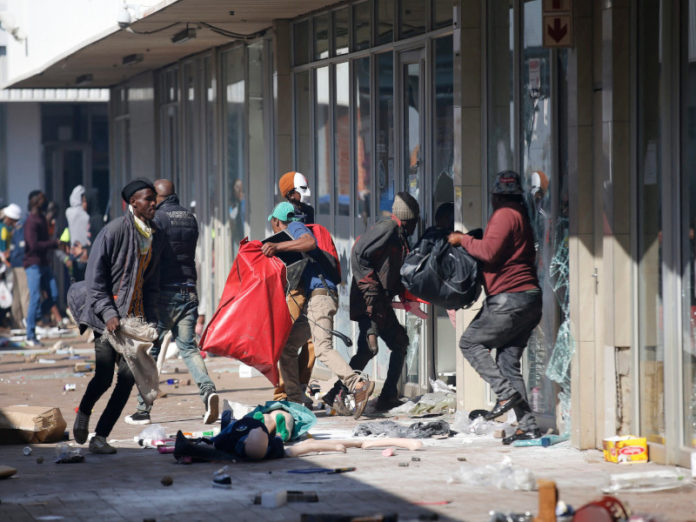 The mask has been ripped off the Twitter user Sphithiphithi Evaluator.

The person behind the account is Zamaswazi Majozi, a 36-year-old mother of two, who lives in Gauteng with her husband, but is originally from KwaZulu-Natal.

She was unmasked at the Germiston Magistrate’s Court on Monday where she appeared on charges of inciting last month’s unrest in KZN and Gauteng.

She was arrested on Saturday and released on R3,000 bail.

She is expected back in court on 18 October.

For years, very few people knew who was behind the Sphithiphithi Evaluator’s account, which had accumulated more than 66,000 followers.

The account was opened in 2013 and has frequently posted pro-Jacob Zuma and anti-President Cyril Ramaphosa content since then.

The court ruled that no pictures or videos of her should be taken in court in line with protecting her facial identity.

Her lawyers argued that she is not a flight risk and should be released on warning.

Her lawyers also said Zamaswazi owns a catering company which is struggling financially.

The phrase isphithiphithi, which loosely translates to confusion or commotion, was coined by Zuma during his time as president during a question and answer session in the National Assembly.

Zuma’s daughter Duduzile was among the first people who took to Twitter to welcome Zamaswazi back after she spent two nights behind bars.

Another Zuma backer and former Fees Must Fall activist Bonginkosi Khanyile will appear again at the Durban Magistrate’s Court on Tuesday on charges of incitement of violence.

More arrests are on the cards as the police widened the net, Cele said.