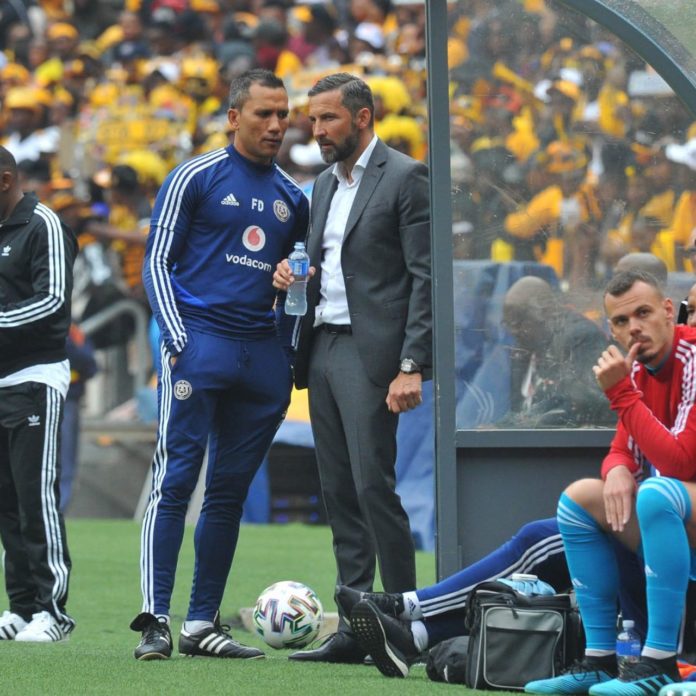 Inconsistency could cost Orlando Pirates a shot at a DStv Premiership league title.

Pirates fans would give anything to see their team lifting the league after eight years. But inconsistency has been Pirates’ major problem in recent years.

Their display on the field was always a pleasure to watch, but when the final whistle went they often had nothing to show for it.

This season they are playing beautiful football under the mentorship of Josef Zinnbauer and Fadlu Davids but the results show they are already four points behind log leaders Mamelodi Sundowns.

Tomorrow afternoon they play stubborn Cape Town City at the Danie Craven Stadium at 3.30pm in the Mother City.

“We need to start getting our league form back on track,” said Davids.

“We are not thinking about anything else but maximum points.”

The Citizens are no pushover and Davids knows that.

“When we travel to Cape Town it’s always difficult especially against Cape Town City. They are well-organised and they attack anything,” said Davids.

Last weekend Pirates were facing their first defeat of the season until Tshegofatsho Mabasa came to the rescue with the last kick of the match.

That draw at home saw them dropping to third place and two points behind their Soweto neighbours Swallows FC after five matches. City on the other hand are in sixth place and one point behind Pirates.