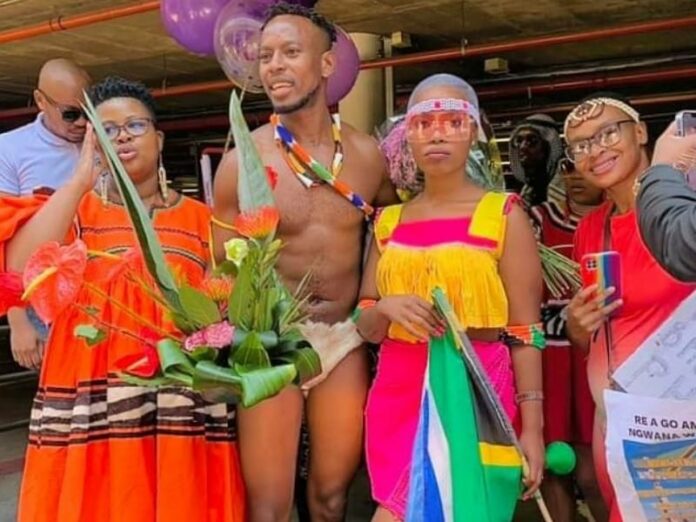 When he landed at the OR Tambo International Airport on Tuesday afternoon, the proud hiker walked out barefoot and dressed in animal skin, to a crowd chanting his name.

He said he came close to tears when he saw over 500 people waiting to welcome him back home.

“These are the same people who donated funds towards the trip and sent me motivational words on social media,” he said.

“During the last three kilometres, my body could only manage to take 10 steps at a time and I would rest. I thought of throwing in the towel but remembered that many were cheering for me to reach the top.”

His ultimate goal is to see the Men Speak Out Campaign reach men across the globe and for men to be able to share their challenges openly without facing any judgement.

“I believe if men were raised differently and not being told to be strong and to not show their weak side we would not be exposed to some of the societal challenges that we are now.”

His next step is to conquer Mount Everest.

“We will continue pushing until we see young men and young boys receive the same support and attention as the girls when they report their cases of sexual assault,” he said.

A supporter, Mologadi Tlhalerwa, said it is through such initiatives that the world will know about different projects held in their Sekhukhune Village to uphold their heritage.

“We are proud of him for putting us on the map and flying the South African flag high,” she said.