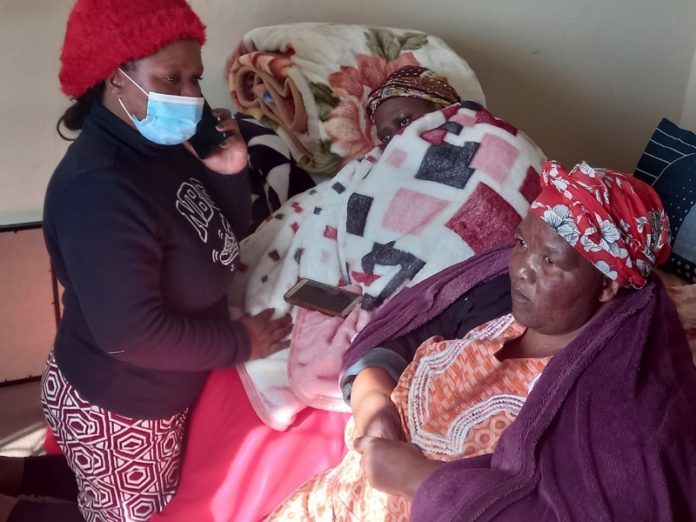 Hours after taxi boss Mandla Nzimande was killed on Saturday evening, his brother got a call from one of the assassins.

“Hello, we have killed your brother Mandla.” Then the line dropped.

Mandla Nzimande, chair of the Greater Alberton Taxi Association and his deputy Ndabazakhe Patrick Zakwe were gunned down over the weekend.

Two months ago, another Ekurhuleni taxi boss was assassinated just days after the Greater Alberton Taxi Association had celebrated three years of no killings.

On Monday, taxi bosses from different associations and regions came together to visit the bereaved families to pay their respects and comfort them.

A huge convoy gathered at the Top Six offices in Turffontein, south of Johannesburg, before heading off to Heidelberg where Nzimande lived with his family.

Nzimande’s aunt Nelly Mavuso said Nzimande’s death is still a mystery. He was on his way to visit his second wife.

“He called her to prepare something to eat in the next 45 minutes. But before he arrived, his wife received a call that he had been killed,” said Nelly.

His death raised a lot of questions, which remain unanswered, as he was found dead on the passenger’s seat even though he was the only one in the car.

“I think he was killed by known people who even knew his family and called his brother,” said Nelly.

MEC for transport Jacob Mamabolo spoke to Scrolla.Africa about the death of the two taxi bosses. He said that there are many unresolved cases of taxi violence.

“The commission of inquiry into taxi violence in Gauteng revealed there were still over 500 cases which are still unresolved,” he said.

“We are engaging the law enforcement to speed up the investigations of the cases and see the culprits behind bars.”