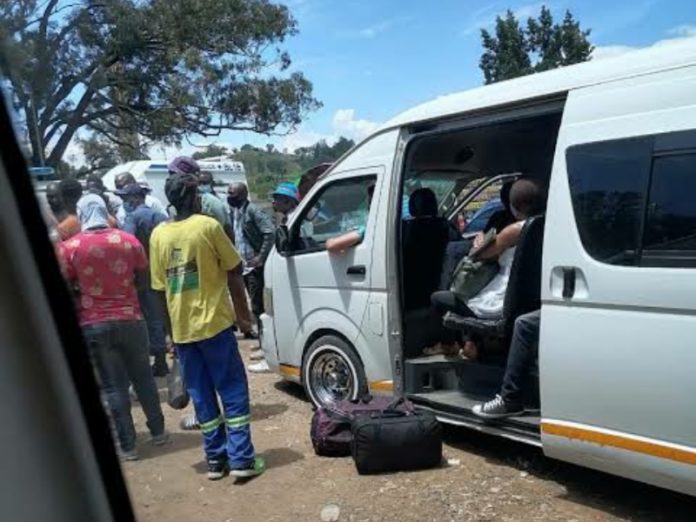 The killing started just after they celebrated peace two months ago.

It was on 28 April that the Greater Alberton Taxi Association made history by being the first taxi association to toast three years of no assassinations.

Three days later, Peter Mothabe, chairman of the Sedibeng region, was gunned down.

Now, two more taxi bosses from the same association have been executed over the weekend.

On Saturday night, Nzimande was shot dead with five bullets.

Then, on Sunday afternoon his deputy, Zakwe, was killed in a hail of bullets in Eshlahleni, Katlehong.

According to their colleague and Top Six Taxi Industry chair Brenda Tshabalala, Nzimande was killed while visiting his second wife in Palm Springs, Ekurhuleni.

On 26 May he was re-elected with his executive to lead the association.

Tshabalala said on Thursday – the day before the assassination – that Nzimande was bringing peace to the taxi members in Zonkizizwe who were having differences in a heated meeting. Other colleagues also described Mandla Nzimande, who, by taxi industry standards, stood out as a peacemaker.

Tshabalala said after his death: “I am lost for words. I have lost two people who were so close to me in less than two months in taxi-related violence. We don’t know who will be killed next,” she said.

In a message Tshabalala said: “My pillar of strength, my deputy, my right hand, my brother,  my family, my friend, Mandla is no more. How many times sithi kuzolunga, kodwa kuba worse? I am empty without this man. Lord feel me, my mighty God.”

Emmanuel Maleka, national spokesperson of the Top Six Taxi Industry said Nzimande was alone in his white Toyota Corolla when a man rolled down the window and shot at him.

“He died from five bullets which struck his body,” said Maleka.