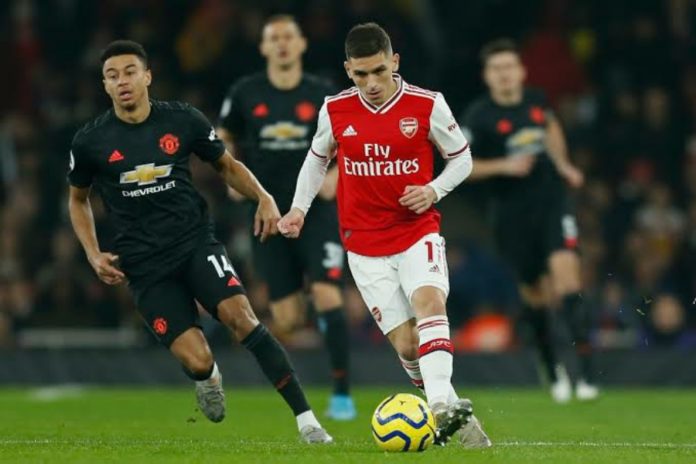 The English Premier League’s big match of the weekend will be played at Emirates Stadium in London at 7.30pm on Saturday.

On Wednesday United suffered a shocking 2-1 defeat at the hands of bottom of the log Sheffield United at Old Trafford, missing the opportunity to leapfrog title rivals Manchester City who are on top.

“Of course we are disappointed, but we’ll get over it and start again tomorrow,” said United coach Ole Gunnar Solskjaer.

“Saturday it’s Arsenal and a big performance is needed as they’re in good form and they have done well against us before. We know we have to lift ourselves.”

Arsenal won their last league match on Tuesday beating Southampton 3-1. They played their last two matches without their captain Pierre-Emerick Aubameyang who is attending to a family matter and they may well play United without the Gabon international.

On Thursday Mikel Arteta said he wasn’t certain if the skipper would be back or not.

“The issue is still going on. I spoke with him yesterday but things are looking better. We’re going to have to wait and see,” he said.

Arteta said he knew the match against United was going to be tough.

“They’ve been top of the table and they’re playing really well. We know they are a real threat. We have to be at our best to beat them on Saturday.”