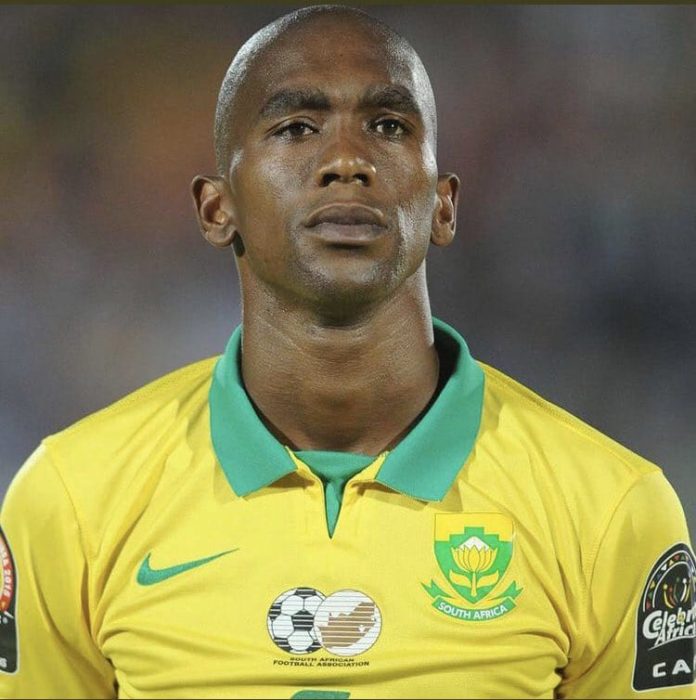 Death has robbed South African soccer lovers of one of their crown jewels in Bafana Bafana defender Anele Ngcongca.

The 33-year-old lost his life on Monday around 5 am in a car accident on his way back to Durban from KwaDlangezwa, in the North of KwaZulu-Natal.

The defender had just surfaced in Durban to play for AmaZulu after being loaned by Mamelodi Sundowns. According to an Usuthu insider, Ngcongca was to be registered to the Premier Soccer League as an AmaZulu player for this season.

“Technically Ngcongca is still a Sundowns player because we were yet to register him to the league. After we suffered that heavy defeat at the hands of Sundowns yesterday (Sunday) the coach (Ayanda Dlamini) wanted him to be registered so badly this week.

“Our defence lacks experienced players and Ngcongca was supposed to fill that void. The coach wanted him in our next match and the plan was to make sure that we register him to the league this week,” said the insider, who did not want his name published.

Ngcongca left behind his 10-year-old daughter Sethu, his fiance Linda Racaza and his mother. According to a family member, who wanted to remain anonymous, the Gugulethu-born man was a diamond to his mother.

“They were very close. He was the child to his mother. So you can only imagine how his mother feels right now. No parent wants to bury his child and Anele’s mother is no different. She is devastated.”

“Anele was a people’s person. Everyone loved him here (in Gugulethu), he was always talking about uplifting the community through soccer.”

The news of his passing broke to the family in the morning.

Sundowns spokesperson Alex Shakoane said: “To the Ngcongca family, you are not alone, we have also lost somebody that we love very much.”

Ngcongca started his footballing career playing Cape Town’s FC Fortune in National First Division back in 2003 to 2007. Later in 2007, he joined Belgian outfit Genk where he played 223 matches from 2007 to 2016.

After his long spell at Genk he then joined French team Troyes on loan from Genk. Later in 2016, he decided to come back home, and joined Sundowns.