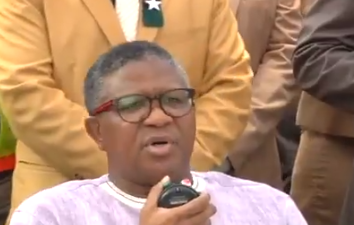 The minister of Transport Fikile Mbalula has responded to a massive price hike by taxi associations in Johannesburg, warning taxi bosses not to rip off their passengers.

Mbalula released a statement on Sunday following a Scrolla.Africa report – “Taxi fare shock” – that Alexandra taxi operators are planning to hike fares to a flat R30 a trip from June 15.

“The Minister wishes to remind the industry that current regulations prevent illegal profiteering,” the statement said.

Commuters in northern Johannesburg reacted with shock, with some calling the associations insensitive. Others blamed government for not helping the taxi associations.

The heavy taxi fare increases have caught the government by surprise and it’s worried.

The Minister said he understood that lockdown rules had made business difficult for taxis, and asked them to “be mindful of the poor” when setting increases.

In addition to warning taxi bosses against profiteering, he said he would refer price jumps to the Competition Commission to check they were “fair and justifiable”.