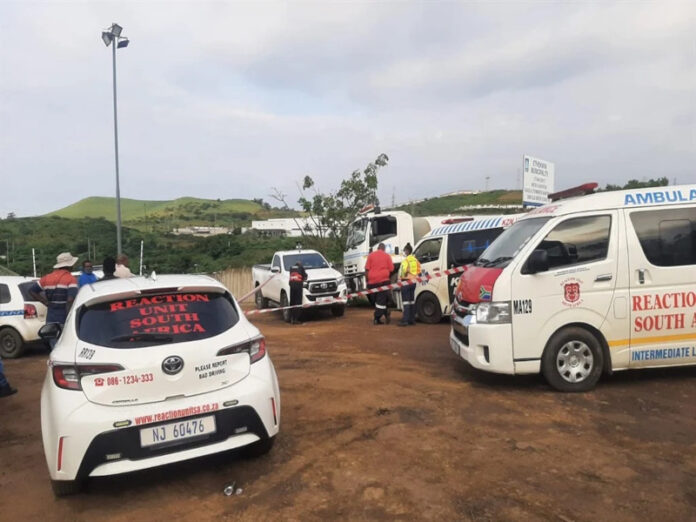 An eThekwini municipality employee was shot dead at a water tank filling point in the city of Verulam, outside Durban.

Durban mayor Mxolisi Kaunda confirmed that a woman employed by the municipality was on duty at the station when the shooting took place on Saturday.

Police spokesperson Captain Nqobile Gwala said that a 36-year-old woman was shot by unknown suspects at Ottawa Main Road at around 4pm.

“She sustained multiple gunshot wounds to the body and was declared dead at the scene. The suspects fled the scene in a getaway vehicle. Nothing was taken from the victim,” Gwala said.

The motive for the murder remains unknown.

The Durban mayor urged all authorities to leave “no stone unturned” in the search for the gunmen.

“We are in the grip of a disaster and this murder is something we do not need. We condemn it and we hope the police will move with speed and arrest those responsible. This employee was entrusted with a critical responsibility of controlling our water tankers.

“We urge anyone who may have information with regard to this unfortunate incident, to work with the police. We send our heartfelt condolences to her family and colleagues,” Kaunda added.

This incident comes after eThekwini officials were accused of having a hand in the fire that blew up a substation earlier in the week.

Political party IFP accused the municipality workers of causing the explosion, the municipality however denied the allegations, claiming their workers were attempting to repair the substation as a result of the recent floods.