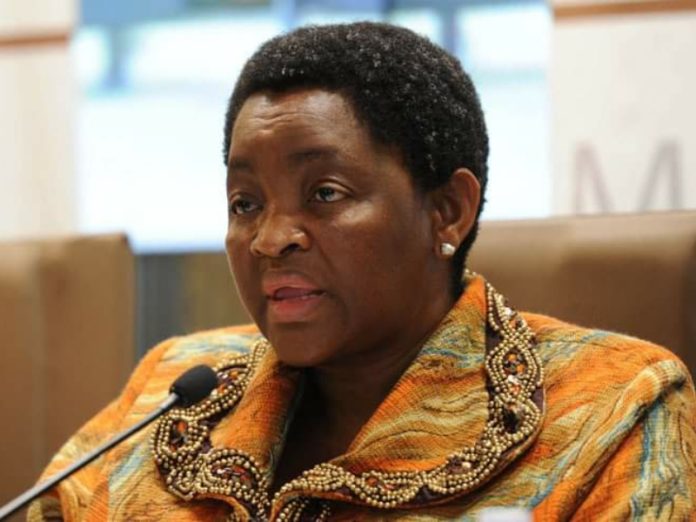 Not for the first time, Bathabile Dlamini’s political opponents are demanding that she give up the presidency of the ANC Women’s League.

The former social development minister appeared in the Johannesburg Magistrate’s Court on Tuesday for allegedly lying under oath during the Sassa payments inquiry, chaired by retired Judge Bernard Ngoepe.

Her case was postponed to next Friday, when she will be formally charged.

Dlamini is the only ally of former president Jacob Zuma who still occupies a crucial position in the ANC, after leaders such as Ace Magashule were ousted from government.

With party president Cyril Ramaphosa weeding out Zuma’s backers, it remains to be seen how long Dlamini will be able to cling onto her position.

Ramaphosa is tightening his grip ahead of the highly-anticipated ANC elective conference, which is expected to take place in December next year.

Some branches in Gauteng, where Ramaphosa has sizeable support within the ANC, want Dlamini to step aside in line with the party’s resolution that members facing charges should voluntarily step aside from their roles until cleared.

Dlamini was hit with the perjury case after the Constitutional Court recommended that she be investigated in 2018 for allegedly lying under oath during the social grant payment crisis.

Dlamini was untouchable during Zuma’s tenure as he was able to shield her from those who called for her head following the social grants payment crisis while she was social development minister.

A 20% personal cost order was meted out against Dlamini in the application by the Black Sash Trust and Freedom Under Law.

Her lawyer Tim Phahlane told the media outside court that Dlamini wanted the case to be finalised speedily. Certainly, Dlamini wouldn’t want the ANC elective conference to come while she still had a case pending in court.

ANC spokesperson Pule Mabe said the party will allow the justice system space to do its work.