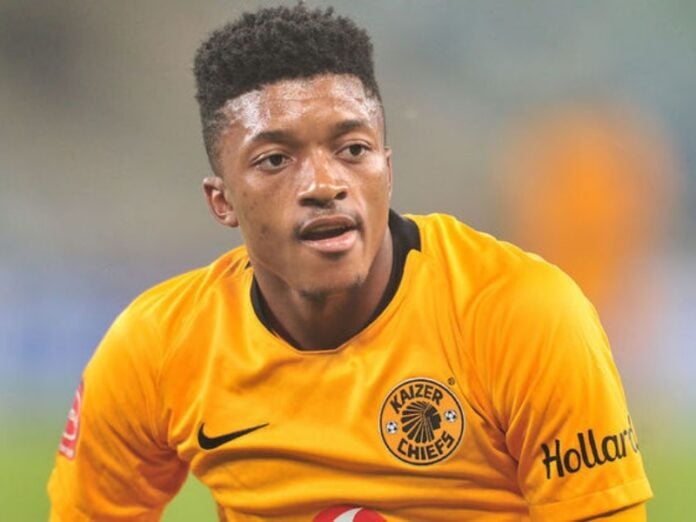 Dumisani Zuma’s future at Kaizer Chiefs is in doubt after the club suspended him for a second time this season.

The Amakhosi did not go into detail as to why the former Bloemfontein Celtic attacker was suspended, but Scrolla.Africa understands that the player turned up for Sunday’s training session having had a few too many beforehand.

“Dumisani is a good player but his recent behaviour is working against him. On Sunday he came to the training drunk,” a source revealed to Scrolla.Africa.

“This was bad for him considering the fact that it is not his first suspension at Chiefs this season. This could be the end of his career with Chiefs,” said the source, who requested to remain anonymous.

This is the second alcohol-related incident that has seen Zuma suspended by his club.

The player spent the night in jail in November 2021 after he was allegedly caught driving under the influence of alcohol.

Chiefs suspended him and banned from training with the club for a number of days.

His contract will expire in June and it now looks highly unlikely that Chiefs will renew it. On Saturday he scored his first goal for the club when Chiefs lost 2-1 to Cape Town City.

His recent suspension didn’t sit well with his agent Basia Michaels, who hit back at Amakhosi.

“It is very disappointing to find out something this important via Twitter. We don’t even have a formal report from the club as to what would have transpired for him to be suspended. I’m disappointed that this has been done,” said Michaels.

On Tuesday, Zuma will once again miss Chiefs’ DStv Premiership encounter against Marumo Gallants. Saturday’s defeat was Chiefs’ third in a row and they are now likely to miss out on second place finish.

Chiefs were aiming to finish in second position so that they can take part in the CAF Champions League next season. They are now in danger of missing out yet again.