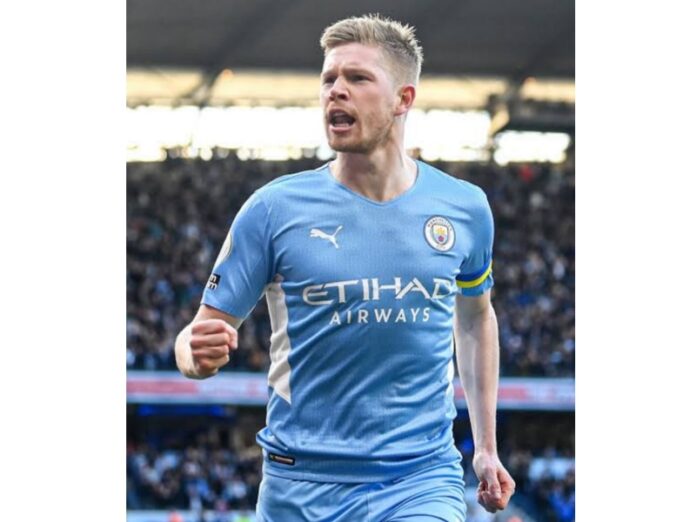 Manchester City ran rampant in a 5-1 win over Wolves at Molineux while Leeds suffered a 3-0 home defeat to Chelsea in Tuesday’s Premier League action.

Pep Guardiola’s side increased their goal difference to seven more than title rivals Liverpool as they went three points clear at the summit of the Premier League table.

Kevin De Bruyne produced a phenomenal man of the match performance that will be talked about in years to come. The Belgian scored four goals inside the first hour of the game, with his compatriot Leander Dendoncker getting the hosts’ only consolation goal.

Raheem Sterling made it five late on to put the icing on the cake of what was a dominant City display. With West Ham United away and Aston Villa at the Etihad on the final day still to come for the champions, Pep Guardiola’s side will know it’s not quite done yet.

However their current form makes the chase a tough one for the Reds especially with it no longer in their hands.

At the bottom of the table, Leeds United remain in the relegation zone on goal difference with Burnley having a game in hand on Jesse Marsch’s side.

Goals from Christian Pulisic, Mason Mount and Romelu Lukaku sparked the Blues into form at just the right time with an FA Cup final against Liverpool looming on Saturday.

In the other results on the night, Leicester City beat bottom club Norwich City 3-0 as Watford and Everton played out a 0-0 draw at Vicarage Road.

Tomorrow Tottenham Hotspur Stadium plays hosts to the North London derby which is sure to have an effect on the places for UEFA Champions League qualification.