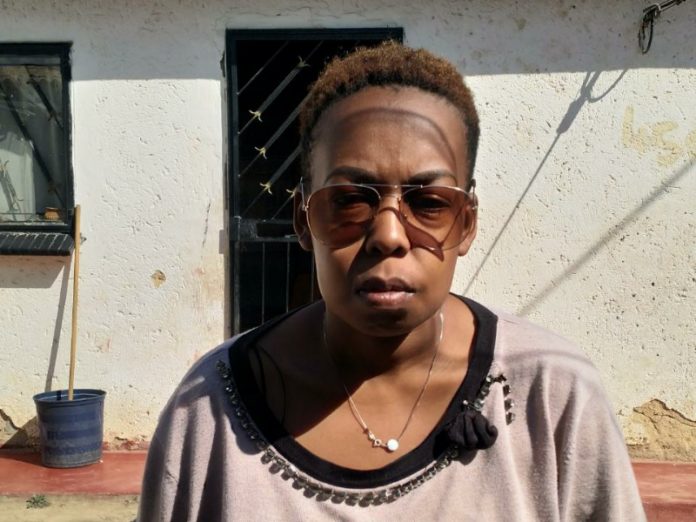 The man who allegedly assaulted his girlfriend for refusing to join him in looting is finally behind bars, after Scrolla.Africa reported about the incident on Monday.

Naledi Mfolo’s case had not been pursued by the Alexandra police a week after she reported it.

Ation was taken when Scrolla.Africa contacted the Gauteng provincial police about the matter and the man was arrested within hours.

Naledi told Scrolla.Africa that her boyfriend severely assaulted her on 11 July, after he returned home from looting. She had refused to go with him.

She reported the incident the next day to Alexandra Police Station. But after over a week of trying to get the case number, she claimed she couldn’t get help from the police.

The police gave Naledi a J88 form, which is used for assault when the complainant specifies their injuries.

But because the police did not stamp the form, the clinic could not help and they sent her back to Alexandra police station.

Naledi told Scrolla.Africa she was happy that the man who abused her was arrested.

She revealed her boyfriend had always been abusive to her. “He used to beat me up even before the looting incident.

“I would like to thank the media for helping me to have him arrested. The police even came to my mother’s house to fetch me to take them to his house.

“Only if they had this kind of service before the media contacted me, it would have been great. I hope the law will take its course and justice will prevail,” Naledi said.

She said the police also recovered the looted goods in the house that her boyfriend stole.

Provincial police spokesman Captain Mavela Masondo confirms that a suspect was arrested and will appear in the Alexandra magistrates court on assault and theft charges soon.