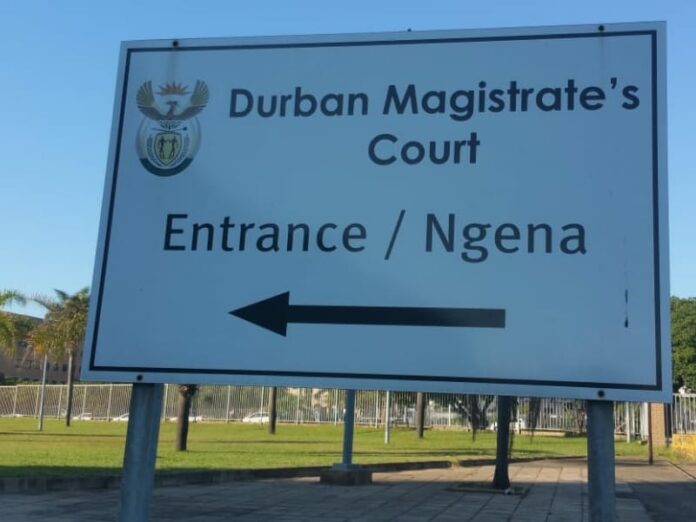 On Sundays Bishop Samson Ngubane wears his church robes and preaches the word of God.

But on other days, he allegedly took part in a homicidal plot which led to the murder in May this year of community activist Nokuthula Mabaso.

Ngubane, who leads a Zion church in Mayville in Durban, was arrested alongside his brother, Mhlangwanyela, in July.

The Ngubanes are expected to appear at the Durban Magistrate’s Court on Wednesday on charges of murder.

They are accused of slaying Mabaso, who was a prominent local leader of Abahlali baseMjondolo – an organisation that fights for social housing.

It is alleged that Mabaso, a mother of four, was killed because she was a key witness in a murder case against Bishop Ngubane’s son, Khaya.

Like his father, Khaya Ngubane faces a charge of murder for allegedly being part of a plot to kill Ayanda Ngila, also a member of Abahlali baseMjondolo, in March.

It is claimed that the killings were triggered by a clash over a plot of land near Mayville where Abahlali baseMjondolo activists had erected their houses.

This angered some residents, including Ngubane, who is claimed to be an ANC leader, a claim the ruling party dismisses.

A section of the community, for example Simiso Shange, believes Ngubane should be allowed to clear his name in court.

“I am on the side of the community but let us allow the court processes to unfold,” he said.

But others, like Mqapheli Bonono, liken Ngubane to a wolf in sheep’s clothing.

“He is using the church as a cover-up for his dirty dealings. We will be in court tomorrow to fight against his bail application,” said Bonono.

Provincial police spokesperson Constable Thenjiswa Ngcobo confirmed the arrest and that Ngubane will be appearing in court on Wednesday.