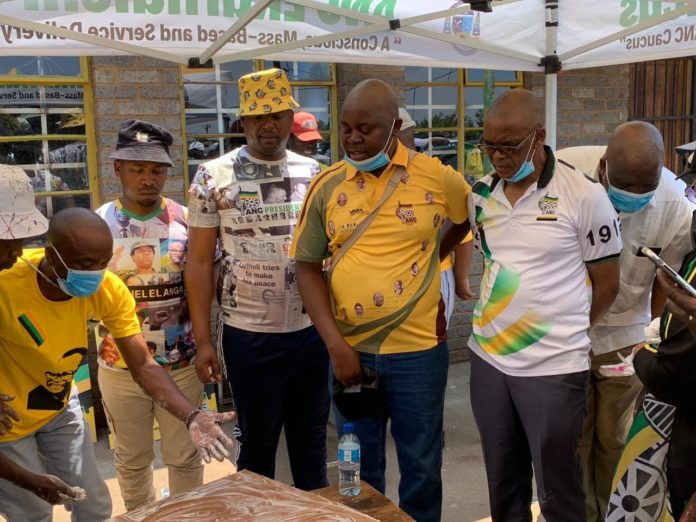 Is the ANC going to allow a man charged with fraud and corruption to lead its campaign in the 2021 local government elections?

And should a leader who is charged with such crimes remain in office or step down until cleared by the courts?

These are the most pressing questions facing this weekend’s meeting of the ANC National Executive Committee.

New developments at the Zondo Commission are piling up pressure on an NEC meeting that was supposed to simply discuss an election campaign strategy for the 2021 local government elections.

Comrades were supposed to congratulate each other for the sterling performance of the party at the recent local government election.

And secretary general Ace Magashule was supposed to be the hero for leading the nationwide campaign without much help from President Cyril Ramaphosa.

But deputy chief Justice Raymond Zondo has turned the hero into a villain.

Now also up for discussion is Magashule’s recent court appearance in Bloemfontein charged with fraud and corruption stemming from the ongoing R220 million asbestos tender trial.

And Thursday’s shocking revelation that when Magashule was Premier of the Free State, his government allegedly helped the Guptas loot R880 million through Estina Dairy.

But “through a complex money washing system” the Guptas pocketed R880 million.

Holden further explained that in an active money laundering scheme, this was all very normal.

“In money-laundering investigations, this process is known as round-tripping, where funds are paid out of a specific bank account and then later paid back into the same account.

“This is to create the impression that the monies coming into the specific bank account are actually separate amounts.”

Weighing heavy on the minds of the ANC bigwigs is the fact that in the last local government elections the party lost three metros – Nelson Mandela Bay, Johannesburg and Tshwane.