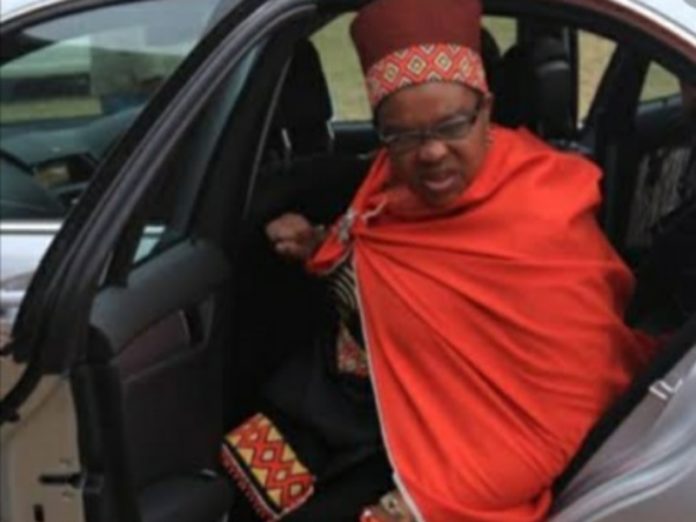 It is now the subject of court proceedings at the Pietermaritzburg High Court.

Zuma appeared at the court yesterday charged with corruption, fraud and money laundering.

The charges stem from an allegation that the former president sought a R500,000-a-year bribe from French arms company Thales in return for political protection from future investigations.

In court yesterday, the issue of the missing R1 million, which dates back to 2004, was presented by Thales lawyer, Advocate Samantha Jackson.

In 2000, Queen Sibongile complained to Madiba that King Zwelithini was no longer taking care of her and she needed money to renovate her palace and send her children to university.

She even attempted to take King Zwelithini to court for maintenance, but her lawyers advised against it.

Reading from the document, Advocate Jackson said: “On 17 October 2000, Mr Mandela paid R2 million to the first accused [Zuma], of which R1 million was for the Zuma Education Trust and R1 million was earmarked for the King’s Royal residence renovation through Development Africa for which an account would be opened.”

“On 18 October Shaik, without authorization, unlawfully withdrew R900,000 earmarked for the Royal residence from the account of the first accused and paid it on his account of his entities to reduce irrespective overdrafts liabilities,” said Jackson.

When Zuma issued a cheque in favour of Development Africa for the amount of R1 million, Shaik stopped the cheque as he knew there were insufficient funds to honour the cheque.

“Minister Mkhize, as trustee of Development Africa, confronted Shaik that he should pay the money he had taken but he failed to do so,” concluded Jackson.