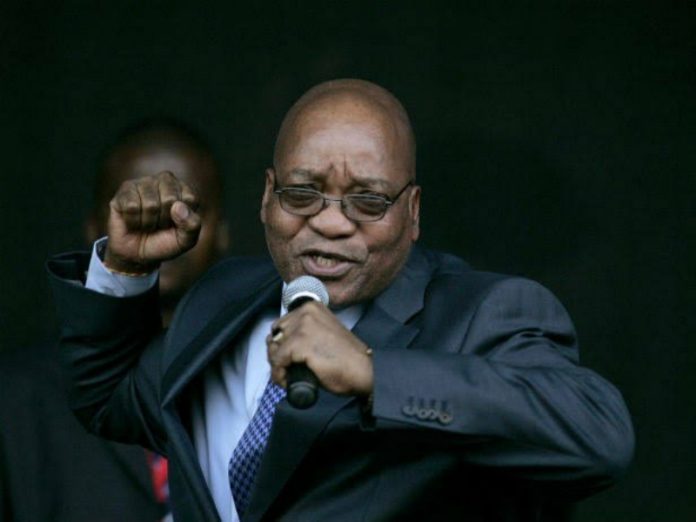 Only close relatives and friends were allowed to attend the funeral of Jacob Zuma’s brother, Michael, in Nkandla, KZN.

Zuma was granted a day’s compassionate leave on Thursday after spending two weeks at Estcourt prison.

The former president’s controversial son Edward and the disbanded MK veterans that have turned into Zuma’s private army fended off unwelcome guests, including the media.

KZN Premier Sihle Zikalala, who was in attendance with the mourners, said Zuma was in high spirits.

“All went well. We thank the correctional services for temporarily releasing my brother to be with the family during this painful moment,” he said.

Khanya said Zuma’s presence was important as he is their eldest brother.

Commenting on the secrecy around the funeral, he said every family had a right to do things the way it saw fit.

He said the family was still standing behind Zuma, who had to get back to the Estcourt prison.

While Zuma buried his brother in Nkandla, his supporters in Durban marched to the ANC’s provincial headquarters, calling for his release from jail.

Zuma was sentenced to 15 months in prison after he defied a ConCourt order telling him to appear at the state capture commission inquiry. He has served just over two weeks of his sentence.