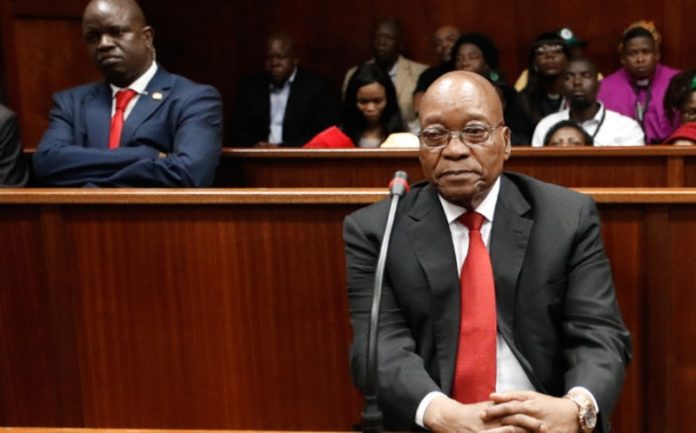 “This case is exceptional. Not because Mr Zuma is being treated exceptionally, but as a result of the nature of Mr Zuma’s attacks on the judiciary,” said the ConCourt judgment.

Judge Virginia Khampepe said that there can be no doubt that Mr Zuma is in contempt of court. He failed to comply with an order of the Constitutional Court.

“Of course, society would benefit from Mr Zuma’s testimony at the state capture inquiry, given that the malfeasance happened during his term. A cohesive order that is again defied would only further impune the integrity of the Constitutional Court.”

Zuma refused to appear at the state capture commission in November, prompting the commission to ask the ConCourt to issue him with a court order to appear before Deputy Chief Justice Raymond Zondo. The court ordered Zuma in January to appear, which he didn’t do. Instead of appearing before the Zondo Commission as instructed, Zuma wrote to outgoing Chief Justice Mogoeng Mogoeng and compared the apex court to the apartheid government.

He would rather be “a prisoner of the Constitutional Court,” he wrote, a claim he made on a number of occasions.

The Zondo commission asked the apex court in March to sentence Zuma to two years in jail, but he failed to present any defence.

Khampepe, the acting chief justice, said the judiciary has never been “undermined so egregiously” by Zuma in his various attacks. A suspended sentence therefore was not the appropriate punishment as it would be the wrong signal to others.

Interestingly, a minority judgement was written by Justices Leona Theron and Chris Jafta. The latter wrote the original ruling that compelled Zuma to testify at the commission, which he ignored.

This developing story will be updated throughout the day.