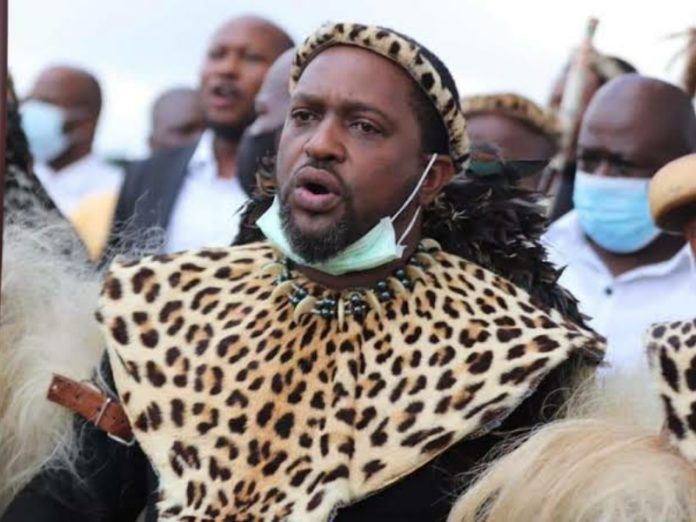 KZN MEC for Finance made no mention of Zulu King Misuzulu’s budget in her announcement of the 2022/23 provincial budget on Wednesday.

Nomsa Dube-Ncube announced a total annual budget of R140 billion but only mentioned the allocation of R767 million for the office of the KZN premier but also left out the izinduna budget.

Last year, she announced an estimated R65 million for the Zulu Royal Family, while R200 million was paid towards izinduna salaries.

In her speech Dube-Ncube discussed other projects.

“A need has been identified to strengthen relationships with tertiary institutions and research orientated enterprises,”  said Dube-Ncube.

Scrolla.Africa has learned that the Department of the Royal Household that was created for the Zulu monarchy was dissolved last year soon after royal family members began quarreling over the throne.

This has left the KZN treasury unable to allocate a budget for King Misuzulu or izinduna salaries.

DA Provincial Leader Francois Rodgers said the matter requires urgent attention because, besides the salaries of izinduna, there is an even greater outstanding figure owed in back pay.

“I was hoping that the MEC for finance will make a clarification on the izinduna salaries as they have a back pay of R600 million that also needs to be addressed,” said Rodgers.

The Department of Education, Health and Social Development got an increase in the amount allocated in the budget.

Dube-Ncube said the Education Department suffered a lot during the unrest and the Government was forced to increase its budget so that schools damaged in July could be fixed.

The Department of Health’s allocation was increased to employ new nurses and young doctors who have just graduated in Cuba.