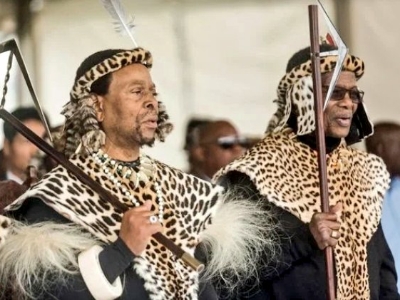 A month ago, the Zulu Royal Household put on a united front and gave King Goodwill Zwelithini kaBhekuzulu a dignified funeral.

But now that unity hangs in the balance as the royal household is embroiled in a war of words over who is now running the Royal House.

He said the meetings were mischievous and sowed division within the family.

“It appears that such action seeks to torpedo His Majesty the King’s own wishes and arrangements,” said Buthelezi.

He warned that the meeting could spark divisions in the royal house.

While the meetings allegedly discussed who will assist the regent Queen Mantfombi, Buthelezi said they happened without her permission.

Queen Mantfombi, King Zwelithini’s first wife, will act as regent until the next Zulu king is named.

Buthelezi spoke in his capacity as the traditional prime minister to the Zulu monarch and the Zulu nation.

He also said the meetings took place without the knowledge of the Queen Mother, Mayvis MaZungu, the widow of King Cyprian, the matriarch of the family.

“These meetings have captured the media’s interest and created confusion within the Zulu nation,” said Buthelezi.

He said the meetings were not attended by the late king’s personal assistant, Prince Thulani nor the king’s remaining paternal uncle, Prince Philemon and a number of other senior members of the family.

Buthelezi requested minutes of the meetings to understand why they happened.

He said he will request a meeting with Prince Mbonisi and Princess Thembi.

Prince Mbonisi Zulu declined to comment, saying he was still mourning the passing of his brother.