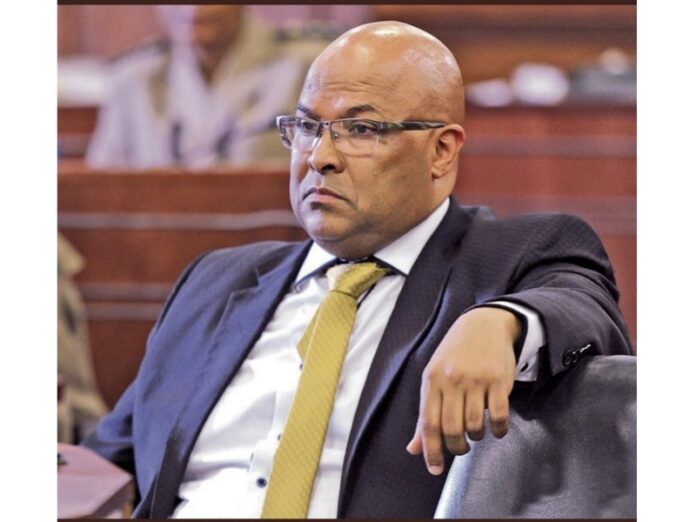 The fifth and final installment of the state capture report has found that former spy boss Arthur Fraser and former president Jacob Zuma protected each other from going to jail.

The report, handed over to President Cyril Ramaphosa by Chief Justice Raymond Zondo on Wednesday evening, paints a damning picture of criminality on Fraser’s part.

It recommends that the Hawks should reopen their investigation into Fraser for running an off-the-books intelligence operation called the Principal Agents Network (PAN).

“The allegations are serious; they point to a massive abuse of the assets of the SSA, such as the purchase of some 300 vehicles now idling all over Gauteng, and many houses registered in the names of individuals,” the report read.

R125 million is still unaccounted for and Fraser should be criminally charged if enough evidence is gathered, Zondo recommends.

Justice Zondo also found that Fraser as the then director of the State Security Agency caused “a lot of cash to be withdrawn”.

“After his appointment, budgetary allocations increased from about R42 million in 2016/2017 financial year to about R303 million in the 2017/2018 financial year. Approximately 74% (R225 million) was used for covert operations from his office.”

Zuma, himself protected by Fraser, worked together to protect each other from going to jail.

Zondo rejected as nonsensical Zuma’s argument that an investigation into the PAN would “compromise national security”.

Fraser’s decision, as commissioner of prisons, to release Zuma on medical parole “under questionable circumstances and against the recommendations of the Parole Board”, was part of this mutually beneficial relationship.

Zondo has stood his ground against threats and intimidation by recommending criminal investigation against Fraser.

In recent weeks, Fraser and others implicated in the decade-long looting of state resources have tried to discredit the four-year-long investigation into state capture.

They also tried to impugn the reputation of the Chief Justice by suggesting he was working with President Cyril Ramaphosa in a plot to frustrate Ramaphosa’s opponents in the coming ANC elective conference.

Fraser recently implicated Ramaphosa in a $4 million robbery cover up at the president’s Phala Phala Farm in Limpopo two years ago.