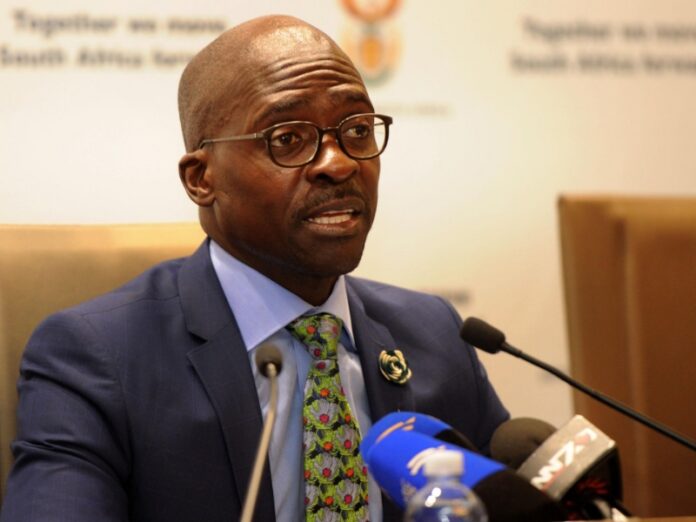 Zondo handed over his report to President Cyril Ramaphosa on Tuesday.

In hundreds of pages of the State Capture report, Gigaba’s name came up time and time again in the capture of both state companies, Transnet and Denel.

Zondo concluded that Gigaba should be criminally investigated for receiving kickbacks from companies who helped loot Transnet.

Gigaba replaced Barbara Hogan as Public Enterprises Minister in 2020 and immediately presided over the looting of Transnet by an array of companies.

These companies had links to the Gupta family.

The report describes Gigaba at this moment in time as “an admitted associate of the Gupta enterprise who had regular and frequent contact with Gupta family members.”

The new minister reconstituted the board of Transnet, leading to the appointment as GCEO of Brian Molefe, another stooge of the Guptas who frequented their Saxonwold compound.

At the heart of the report is the awarding of a R2.5 billion Transnet tender to the Gupta-linked company T-Systems. The deal was made despite a cheaper bid made by another company.

Also in the spotlight is Transnet’s R50 billion locomotive deal from which the Guptas pocketed over R5 billion in kickbacks.

Zondo said drivers of Molefe and Gigaba outlined the frequency of their visits to the Gupta compound and how they often left with bags full of cash.

President Cyril Ramaphosa said in a statement: “The handover of the second part of the report of the commission of inquiry is another significant step forward in the work we need to do to rid our country of corruption.

“We should now apply our energies to the commission’s recommendations and take the necessary steps to make sure we never face this onslaught on public resources and on the fabric of our society.”

The third and final part of Zondo’s state capture report will be handed over to Ramaphosa by the end of February.