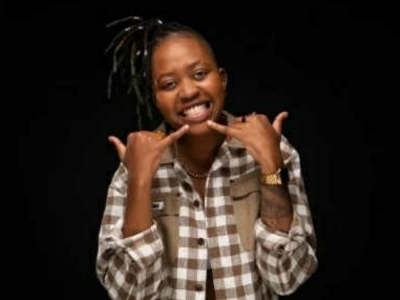 The late Eddie Zondi’s daughter has scored herself a big radio show.

In an interview with Scrolla.Africa, Modiba spoke about the pressure of living in her father’s shadow and the legacy she wants to leave.

“I chose radio because I genuinely love it,” she said.

“My radio career started at VoW FM in 2016. I used campus radio to learn and gain experience for my lifelong media career path.”

She said she didn’t listen to her father’s radio shows.

“We had a brief chat about it but I was not necessarily inspired by him,” said Modiba.

Modiba, an anthropology graduate from Wits University, said she has accepted that many people, especially the elderly, will compare her with the former Metro FM legend.

‘’I used to hide the fact that I am Eddie Zondi’s daughter because I wanted to gain success on my own merits. It wasn’t easy because people compared me with my father,” she said.

“I believe I have done enough to prove that in my unique way I’m good enough as a radio presenter. The burden of living under my father’s shadow is gradually disappearing.’’

She said she wanted to be remembered as a woman who revolutionised the South African media.

“I want to be remembered as a selfless media personality that gave her audience meaningful opportunities to air their views,‘’ she said.

Modiba has been with YFM for two years. On 1 April, she started presenting The Nightcap With Lula Odiba.

The music and talk show aired between 7pm and 10pm.