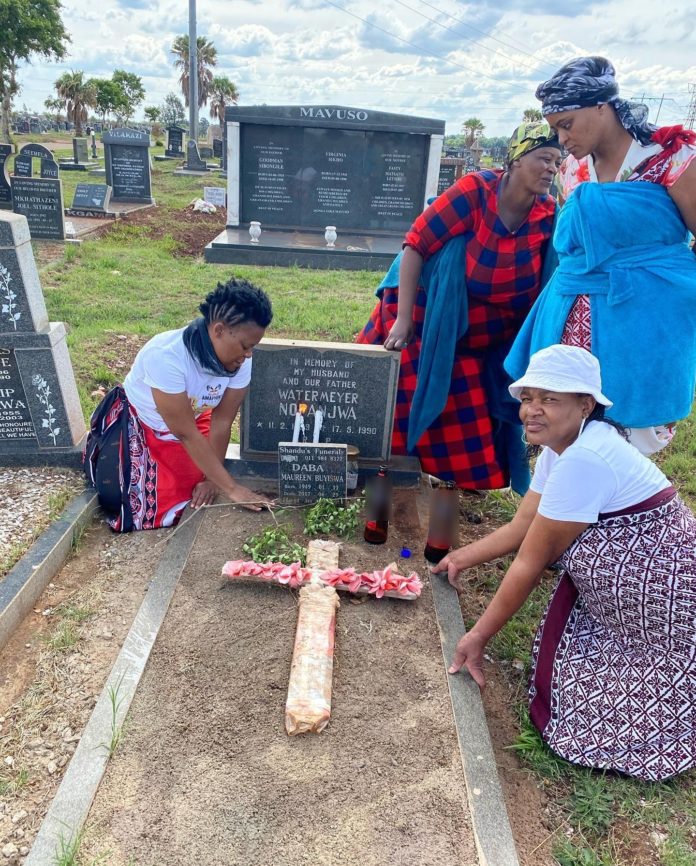 On Saturday, Zodwa was appeasing her ancestors during the day.

Then later that night, she had to perform at an event she was already booked for that evening in the Eastern Cape.

Earlier in the day, high-flying Zodwa was seen in Soweto, sitting on the floor with her family members with bottles of Carling Black Label. Fully dressed in colourful clothes, Zodwa said she has done what a sangoma advised her to do to make her ancestors happy.

In an interview with Scrolla.Africa earlier this week, Zodwa said she consulted the sangoma after the break-in at her Durban house in April.

“This is what I wanted. I want my gogo Maureen Ndaba who raised me to be happy and that is why I have appeased her,” she said.

Zodwa and some elderly family members went to the grave of gogo Maureen for an ancestral ceremony.

Zodwa is now wearing isiphandla on her left hand. She said it’s always important to preserve your culture because it identifies you as a human being.

“I don’t take away any credit from my ancestors and my God. They are with me. That is why I have to thank them now,” she said.