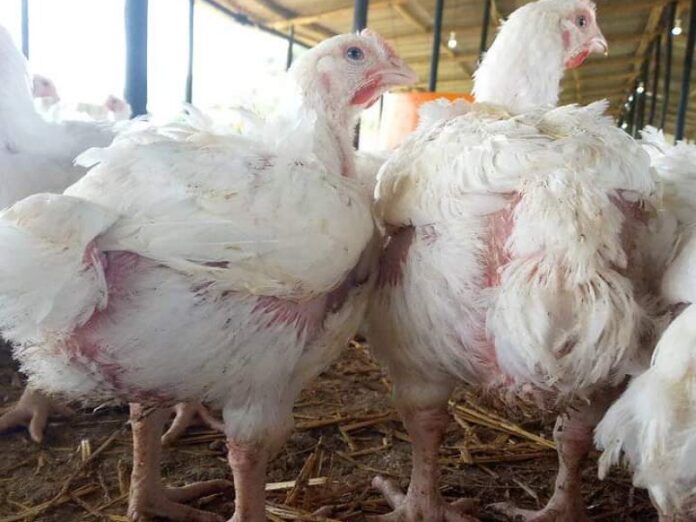 Zimbabwean farmers are allegedly feeding their chickens anti-retroviral drugs (ARV) for fast growth as well as injecting human medicine into them when they’re sick.

The unauthorised practice is raising alarm bells among experts, who say that the ARVs can cause cancerous cells to grow when the chicken meat is eaten by humans.

A poultry farmer from Waterfalls in Harare Tendai Hwamanda told Scrolla.Africa that he saw his friend producing a lot of birds in Masvingo and he got hooked.

“I asked him the secret to his poultry business and he told me that he feeds his broilers with starter mash mixed with ARVs to fast-track the birds’ growth,” he said.

“I wasn’t aware of the negative effects on human health. When I came to Harare I implemented the idea and the results were satisfying. I have sold more than two thousand birds so far and I’m still feeding them ARVs. People prefer buying huge chickens.”

Hwamanda claims he was shocked when he heard that his unorthodox method could cause the development of cancerous cells in humans.

“If that’s true then I am also a victim of what I have been doing. I am now considering feeding the birds their organic food because we also eat them,” he added.

Another farmer in the same area said it was lack of expert knowledge that led him to add ARV’s to his poultry feed and medication.

“When I heard about this method it tripled my profits. I supply supermarkets, churches and the community but I didn’t know it was dangerous” he said.

The Harare Institute of Public Health Principal Dr Amos Marume told Scrolla.Africa that farmers are using ARVs and related antibiotics to enhance growth not only on poultry but also on pigs.

“There is a theory that it prevents viral diseases and infections in animals but the misuse of ARVs is very dangerous. There is a need that farmers should know that it leads to drug resistance in humans,” he said.

“Sub-Saharan Africa is not producing new ARVs and we can’t have drug resistant viral particles circulating in people. These expose them to serious side effects. The development of cancerous cells and the continued misuse of ARVs is a cause for concern.”

Pictured above: A poultry run