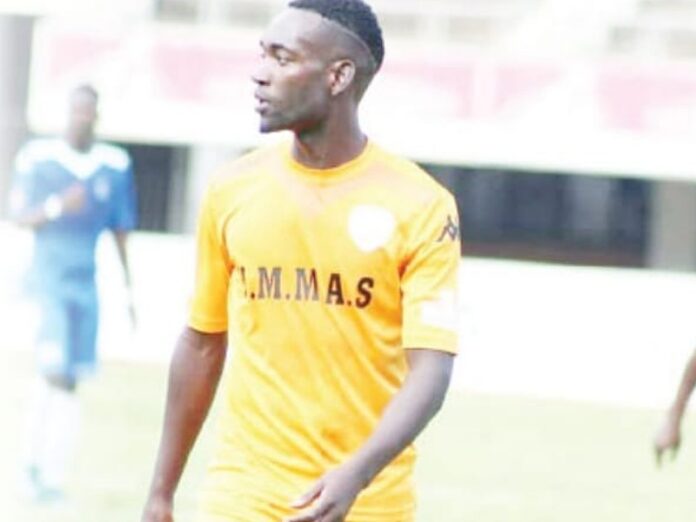 Zimbabwe Premier Soccer League side Harare City FC has thrown its weight behind their player Jerry Chipangura following his imprisonment for peddling drugs.

The 24-year-old forward was on Monday sentenced to 14 months in jail by Harare regional magistrate Feresi Chakanyuka.

Chipangura was arrested in June after being busted by detectives with 40 grams of the highly-addictive crystal meth which he intended to sell in Harare’s high-density suburb of Mabvuku.

But Harare City feel the striker was harshly sentenced, given that he was a first-time offender and the club will not be taking action against Chipangura.

“The country is facing a real danger of being overwhelmed by the drug abuse problem, particularly amongst the youth. I personally believe drug abusers should be sent to rehabilitation centres, not prisons, particularly first-time offenders.

“In the case of the player in question, the facts are that the crime isn’t taking drugs, but trading in drugs.

“The player denied being both a drug abuser and dealer. Rehabilitation can only begin when the accused person opens up and accepts responsibility and sees the need for reform.”

Meth is classified as a dangerous drug in Zimbabwe and is commonly referred to as mutoriro among youths.

Masepe says City were involved in offering Chipangura support as he went through the judicial processes.

“After tracing the cases’ process, the club did offer itself as a character witness and the coach testified that the player’s conduct was above board at training and matches,” said Masepe.

“The prison services will obviously take the lead in the rehabilitation process. The club will want him rehabilitated from being a peddler or abuser.”

Drug abuse has become a concern in Zimbabwean football.

Earlier this year, Philani Ncube who was the coach of PSL side Bulawayo City sensationally claimed that 80% of Zimbabwean footballers take dangerous drugs.

A few years ago, the late president of Zimbabwe’s second-biggest club Highlanders FC, Ndumiso Gumede, also claimed his players were abusing nyaope which is common in South Africa.