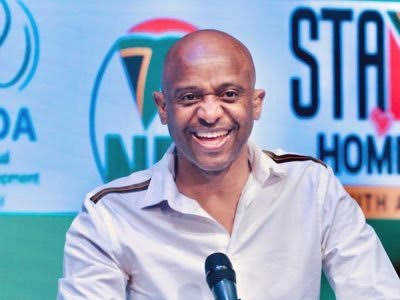 Arthur Mafokate will not return National Arts Council Covid 19 relief money which was given to his business instead of struggling artists.

The self-proclaimed King of Kwaito Music says he is not budging and won’t give back the money. He says he’s seen Chicco Twala’s open letter to him where Chicco said:

“It is practically not ethical to be asking the government for Covid relief assistance at the expense of our struggling colleagues…this fund is supposed to be a stimulus, not a get rich quick scheme”.

Chicco told Scrolla.Africa that he publicly criticized Mafokate because his business 999 Records got a grant from taxpayers money.

For now, Mafokate is not budging and told Scrolla.Africa: ‘’I am an artist and business person. That NAC relief fund was meant for all artists whose businesses or sources of income were badly influenced by Coronavirus enforced lockdown. My business was one of those who were affected. That is why I applied and accepted the funding. So, I don’t understand why people like Chicco think that I committed crime.’’

Mafokate denied that his NAC funding could have been influenced by his well known business relations with the ANC.

’’I am not going to stop or apologize to Chicco or whoever is angry with me.”