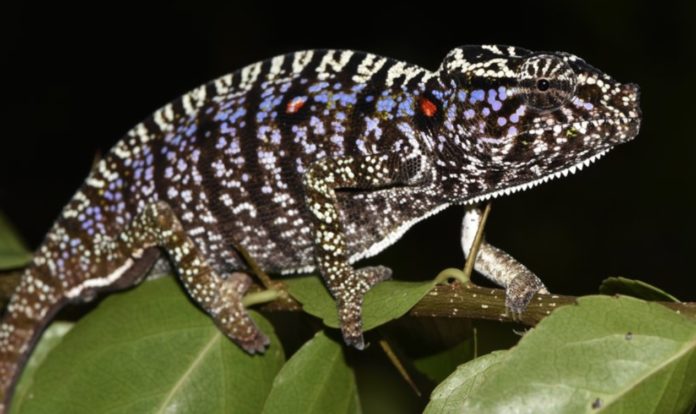 The island nation of Madagascar has many strange animals.

Here is a new one.

A tiny chameleon that has not been seen in 100 years.

Researchers said on Friday they had found living specimens of the chameleon during a recent expedition.

It is known as the Voeltzkow’s chameleon.

Chameleons are known for being able to change colour.

The scientists found the females become particularly colourful when they encounter males.

Maybe it has not been seen in a century because it has such great disguise.
Photo: SNSB